A brief history of stealth aircraft 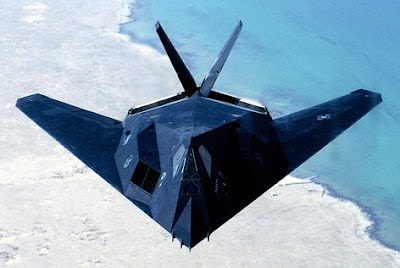 Just a generation ago, it was a hush-hush military project, a futuristic aircraft that fit right into the shadowy cloak-and-dagger atmosphere of the Cold War. Nowadays the F-117A Nighthawk stealth aircraft--the first of its kind--is making a high-profile circuit of the world's air shows, from New Mexico to Dubai, as it heads into retirement. ...Stealth design has taken a more streamlined turn in subsequent aircraft, from the B-2 Spirit bomber to the F-22 Raptor that the Air Force has designated as the Nighthawk's successor.

...the main attack was preceded by an engagement with a single Syrian radar site at Tall al-Abuad near the Turkish border... The radar site was struck with a combination of electronic attack and precision bombs to allow the Israeli force to enter and exit Syrian airspace unobserved. Subsequently all of Syria's air-defense radar system went off the air for a period of time that encompassed the raid... 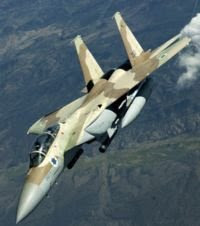 [Analysts] contend that network penetration involved both remote air-to-ground electronic attack and penetration through computer-to-computer links... "There also were some higher-level, non-tactical penetrations, either direct or as diversions and spoofs of the Syrian command and control capability, done through network attack," one U.S. intelligence specialist says... These observations provide evidence that a sophisticated network attack and electronic hacking capability is an operational part of the Israeli Defense Force's arsenal of digital weapons.

Despite being hobbled by the restrictions of secrecy and diplomacy, Israeli military and government officials also confirm that network invasion, information warfare and electronic attack are part of Israel's defense capabilities...

"Offensive and defensive network warfare is one of the most interesting new areas," says Pinchas Buchris, the director general of the Israeli Ministry of Defense. "I can only say we're following the [network attack] technology with great care. I doubted this [technology] five years ago. But we did it. Now everything has changed...

at 9:30 AM
Email ThisBlogThis!Share to TwitterShare to FacebookShare to Pinterest
Labels: War