After Hillary Clinton's most recent debacle -- flags mysteriously fell all around her on Veterans Day -- you'd think that things couldn't get worse for her campaign. 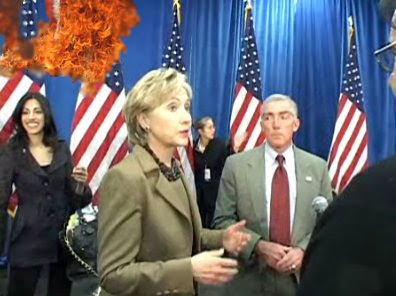 That was until today's event where American flags seemed to spontaneously combust, almost as if they were committing some sort of ritual suicide rather than be associated with Hillary's campaign.

Fortunately, no one was hurt.
at 8:19 PM
Email ThisBlogThis!Share to TwitterShare to FacebookShare to Pinterest
Labels: Hillary