I'm a Uniter, not a Divider


I can die happy. I've been linked by the incomparable Rush Limbaugh, The Spectator and Randi Rhodes all on the same day. 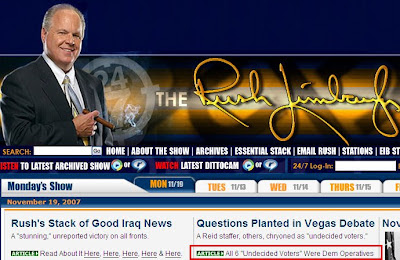 See, I am a uniter and not a divider! 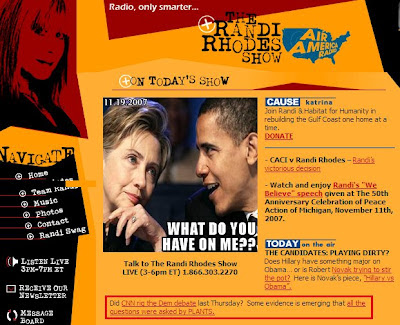 In all seriousness, credit goes to the earliest leaders on this story. Instapundit, Dan Riehl, Gateway Pundit, Jammie Wearing Fool, and the indomitable Larwyn were the first folks calling attention to it. 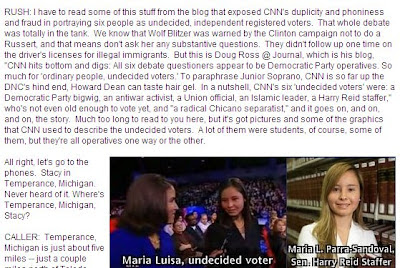 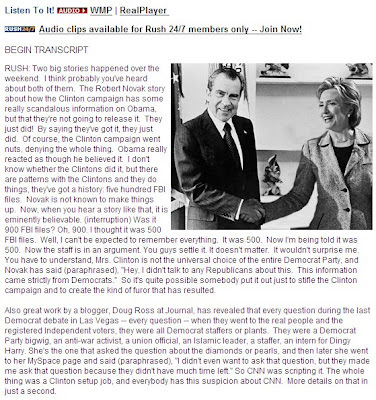 If you missed the back-story, see 'All six of CNN's "undecided voters" were Democratic operatives' and 'CNN's purges its "Protect CliNtoN" debate transcript'.

* * *
Other great lines from CNN's debate meltdown (aside from the easy out of using the phrase Wolf Blitzer as an all-purpose punchline):

* Dinah Lord: "You practically needed a machete, the plants were so thick on the ground in the Dem's Vegas debacle debate."

* Information Dissemination: "This strikes me as business as usual for the Clintons, as I sit and observe entitlement in America in action enabled by the media supposedly intended to protect the citizens from people in power, but has become the vehicle for those in power to do as they please.."

* SnafuBar: "That they would all be Democrats would be unsurprising, that they would all be party operatives just shows you how hollow are the positions espoused by those on the left.."
at 8:10 PM
Email ThisBlogThis!Share to TwitterShare to FacebookShare to Pinterest
Labels: MSM, Water-cooler