Copperheads: a flashback to the Democrats of 1864

When the other side's candidates get up, they look like the 1950s. And when they talk, they sound like they're from the 1850s.

Democrats haven't changed a lick in 143 years as you can tell from this 1864 political cartoon by Thomas Nast. 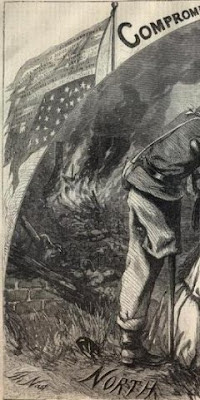 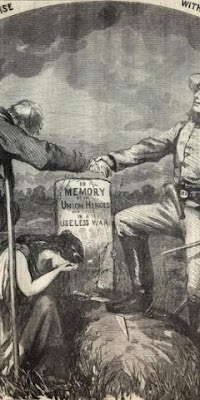 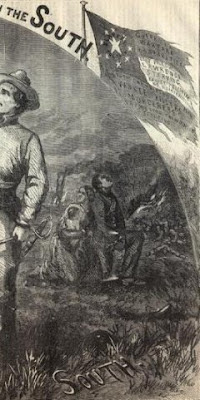 1.) Showing the enemy soldier stronger and more resilient than our own. Here the Southern soldier (enemy) is upright and strong, the Northern (US) broken and dejected.
2.) The "useless war" on the tomb. Even then the pessimist couldn't see the righteousness of the conflict [against the scourge of slavery].
3.) The flag flown upside down in a distress display; even then they saw... only failure.
4.) The grieving widow.

...My, God! We know the outcome of that war, and if not for the strength and foresight of President Lincoln (and a new willingness for sacrifice from the soldiers) did the north come out victorious in the end. This poster was produced in 1864. The former battlefield failure General McClellan was running on the Democratic ticket as the peace promoter - a position opposite of the President... just like today.

...With the conclusion of the war in 1865 the Peace Democrats were thoroughly discredited. Most Northerners believed, not without reason, that Peace Democrats had prolonged war by encouraging the South to continue fighting in the hope that the North would abandon the struggle.

For over 164 years, the Democrat Party has proudly marched under the banner of weakness, surrender, and defeat. Hold your head high, loser.

Amazing that what held true then, is true in 2010