Ex-Liberal in Hollywood describes what he terms a "criminal enterprise" of startling proportions: the Los Angeles Unified School District (LAUSD). According to Baker, LAUSD has a total budget of $32 billion, which dwarfs the city of LA's $6.5 billion annual budget. 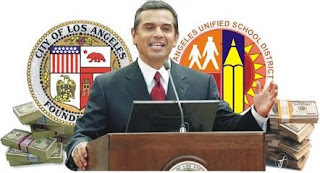 Migdia Chinea is a former Los Angeles Unified School District (LAUSD) substitute teacher. Her description of the LA public school system is terrifying on several levels: that such a system exists in the first place; and that the mainstream media has basically ignored the catastrophe.

I'm ...UCLA-educated with honors, refined, empathetic, college-level Spanish fluent and a Googleable professional screenwriter. To make ends meet during hard economic times, I became a "substitute teacher" for the Los Angeles Unified School District, or LAUSD – or to put it more kindly, a "guest teacher." 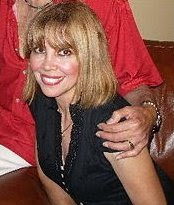 ...There's no teaching going on at LAUSD – only confinement of the sort one may find in a penal colony, complete with walkie-talkie-carrying wardens and bullhorns. And I have "confined" at many different schools within central Los Angeles in the last six months. Many students scream "suuuuuuuub" when they see someone like me – a "guest teacher" – in their classroom and trample anyone and/or anything as they push and shove their way inside.

...[One school] is surrounded by criminal street gangs and is widely considered one of the most dangerous campuses in the Los Angeles Unified School District. The South Side Village Boys, South Side Watts Varrio Grape, Grape Street Crips, East Side Village Bloods, Hacienda Bloods, Circle City Piru and Bounty Hunters street gangs all claim turf in that area, and frequent flare-ups of gang violence are common. I have found most classes in this school to be in a complete state of disaster, absolutely filthy, with no computers available. There are no simple supplies, such as pencils, pens or paper, nothing to be found anywhere. Was this teacher's class an exception? Did he not know that some of his students are probably gang members themselves?

I have observed that many students at this school (and other LAUSD schools) are violent and unpredictable. I was present, in fact, during a violent melee involving hundreds of students that brought in several police squad cars and helicopters flying overhead. I have also endured several school "lock downs." Here's how a "lock down" works: As in a prison, the inmates and their jailers are not allowed to leave for any reason, nor let anyone out...

Chinea was brutally assaulted, burglarized, and repeatedly injured. She believes "the LAUSD is completely corrupt, inept and broken... media has an obligation to acknowledge the problems and report truthfully on what is going on... [that the] schools are a mess, filthy, dilapidated and without supplies. The students are dangerous, disrespectful and out-of-control." 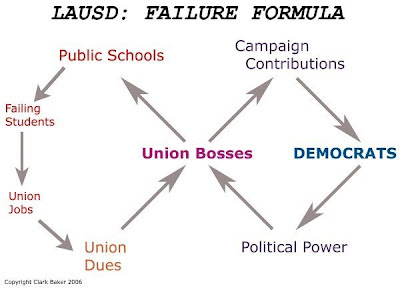 Baker pins the problem on a powerful teacher's union that represents a monstrous funding arm for the state Democratic Party; and a state Attorney General enjoying a steady stream of related funding since the seventies.

Remember, though, for liberals progressives, it's all about the children.
at 3:12 PM
Email ThisBlogThis!Share to TwitterShare to FacebookShare to Pinterest
Labels: Democrats, Education