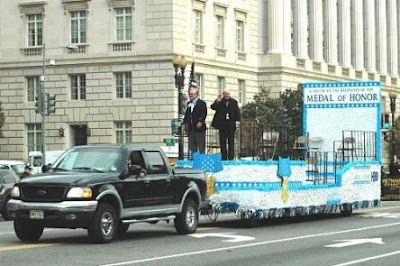 We had two Medal of Honor recipients on a float in the parade. My actions were in two steps ... 1) the snappiest 'tenhut, hand salute that I could muster and 2) don't miss this picture!!! 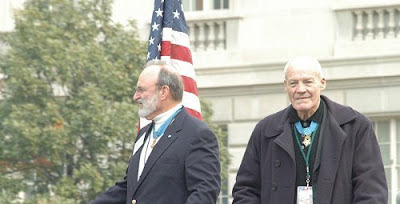 The signage on the side rear of the float said, "A Salute To The Recipients of the Medal of Honor" then "Presented by HBO". Names were not listed though. 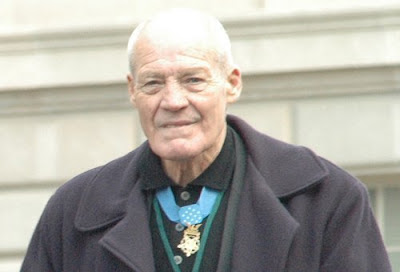 Ever looked into the eyes of a Medal of Honor recipient? Want to see what it means? Look closely and zoom in if you can ... the eyes tell it all. I know this Vet still stands ready if called. 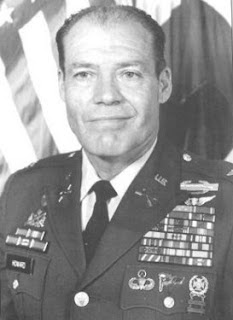 The Medal of Honor recipient on the right is Col. Robert L. Howard.

Be sure and see the Vets' special salute to the anti-American freaks.