Military wife Amy Proctor shines a spotlight on Harry's Reid's despicable actions. The Senate majority leader is withholding funds from a US military that has turned the tide in Iraq -- including a program largely responsible for defeating IEDs, a leading killer of the troops.

Military reporters who are also active duty soldiers report military news on the Pentagon Channel. This report focuses on Congress’ refusal to fund the military. This story looks much different through the eyes of a soldier than from the mouth of a Katie Couric or Wolf Blitzer. 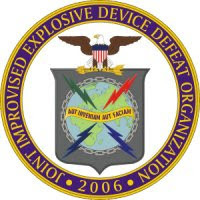 If Congress does not provide the supplemental funding bill that the President will sign, money for defeating the largest killer of American troops in the Global War on Terror will run out for the Joint Improvised Explosive Devise Defeat Organization (JIEDDO) on December 1st.

GEN (Ret) Meigs (Director of JIEDDO) says the funding crisis comes at a time when IED attacks have dropped 55% since their high in June this year. And average daily attacks are down 42%. However, without an approved funding bill, the organization only has enough money to remain operational through April 2008.

Democrats are pulling out all the stops in their attempts to turn victory in Iraq into defeat. Why are charges of treason not out of the question for Democrats like Reid?