After Hillary's disastrous debate performance in the last debate, the Clinton machine went on the warpath:

“This campaign is about issues, not on who we can bring down and destroy,” a senior Clinton aide told cyberjournalist Matt Drudge. “Blitzer should not go down to the levels of character attack and pull ‘a Russert.’ ”

Let's examine Russert's devastating character attack in more detail. Here, from the official MSNBC transcript, are all of Russert's questions to Clinton: 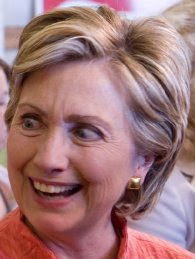 Russert: We're going to get to Social Security in a little bit, but I want to stay on Iran, Senator Clinton... As you know, you voted for the Kyl-Lieberman amendment, the only member of the stage here who did that...
Senator, Jim Webb of Virginia said it is for all practical purposes mandating the military option, that it is a clearly worded sense of Congress that could be interpreted as a declaration of war... Why did you vote for that amendment which would -- calls upon the president to structure our military forces in Iraq with regard to the capability of Iran?

Russert: I want to ask each of you the same question. Senator Clinton, would you pledge to the American people that Iran will not develop a nuclear bomb while you are president?

Russert: But you won't pledge?

Russert: But, they may. 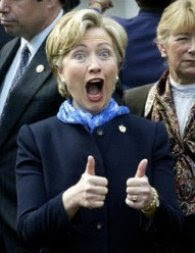 Russert: Senator Clinton, I'd like to follow up, because in terms of your experience as first lady, in order to give the American people an opportunity to make a judgment about your experience, would you allow the National Archives to release the documents about your communications with the president, the advice you gave? Because, as you well know, President Clinton has asked the National Archives not to do anything until 2012.

Russert: But there was a letter written by President Clinton specifically asking that any communication between you and the president not be made available to the public until 2012. Would you lift that ban?

Clinton: Well, that's not my decision to make, and I don't believe that any president or first lady ever has. But, certainly, we're move as quickly as our circumstances and the processes of the National Archives permits. 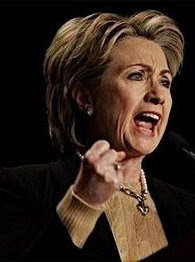 Russert: Senator Clinton, I want to clear something up which goes to the issue of credibility. You were asked at the AARP debate whether or not you would consider taxing, lifting the cap from $97,500, taxing that, raising more money for Social Security. You said, quote, "It's a no." I asked you the same question in New Hampshire, and you said "no." Then you went to Iowa and you went up to Tod Bowman, a teacher, and had a conversation with him saying, "I would consider lifting the cap perhaps above $200,000." You were overheard by an Associated Press reporter saying that. Why do you have one public position and one private position?

Russert: But you did raise it as a possibility with Tod Bowman? 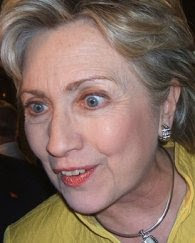 Russert: You call it a Republican talking point. Georgetown University, February 9, 1998: "We are in a -- heading to a looming fiscal crisis in Social Security. If nothing is done, it will require a huge tax increase in the payroll tax or a 25 percent in Social Security benefits," Bill Clinton, 1998.

That's recent history. Only two years to go in his term. Is that a Republican talking point?

Russert: I'd like to talk about taxes. Senator Clinton, I'd like to start with you. Because the chairman of the House Ways and Means Committee, Charlie Rangel, is a strong supporter of your campaign. He wants to repeal the Alternative Minimum Tax. But he also wants to have a 4 percent surtax on a single $150,000 income or $200,000 married couple. You went to Harlem with your husband, with Charlie Rangel. And the former president said, quote, "Charlie Rangel wants me to pay more taxes so you can pay less and I think that's a good idea." Is that also your view?

Russert: So in principle, you would be in favor of looking at a 4 percent surtax? 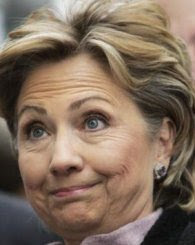 Russert: But you will not campaign on the Rangel plan?

Russert: Senator Clinton, I just want to make sure of what I heard. Do you, the New York senator, Hillary Clinton, support the New York governor's plan to give illegal immigrants a driver's license? You told the New Hampshire paper that it made a lot of sense. Do you support his plan?

Russert asked the same questions that would be asked of any other candidate.

That's what the Clinton Machine calls a "character attack."

Come to think of it, that's about as accurate as everything else related to her campaign.
at 7:50 PM
Email ThisBlogThis!Share to TwitterShare to FacebookShare to Pinterest
Labels: Democrats, Hillary, MSM