Rather: CBS execs covered up for Bush


If you need additional proof that Dan Rather is 100% bat-s**t crazy, I think it's arrived in a gift-wrapped box. The Democracy Project notes: 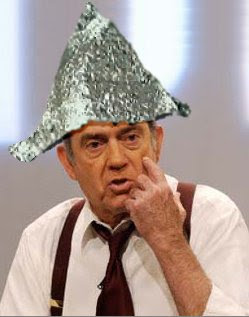 CBS says it takes an absence from reality to take Dan Rather’s lawsuit against CBS seriously... [his assertion] that he was dismissed in a widespread conspiracy to cover up for Bush among CBS’ liberal management. In CBS’s response to New York’s Supreme Court, the network says as much:

The Complaint is predicated on allegations of a bizarre 'scheme' extending from the White House to an array of CBS executives including Sumner Redstone, CBS's Executive Chairman, Leslie Moonves, CBS's Chief Executive Officer, and Andrew Heyward, formerly president of CBS News, all of whom, according to Rather, colluded to harm Rather's reputation and keep him off the air," add CBS lawyers. "Of course, there was no such nefarious scheme, and Rather's allegations bear no resemblance to reality. CBS and its executives are not now, and never have been, out to get Dan Rather."

CBS also says, "If we are required to proceed beyond this point, we will defend the case vigorously and demonstrate that the lawsuit is wholly without merit, and that the bizarre allegations by Mr. Rather are untrue."

...The Silicon Alley Insider, a NY digital business blog, comments: “The company took the predictable stance: Dan Rather was once a great man and a valued colleague. It's too bad he has since gone insane.”

LGF's classic animated memo that ended Rather's employment at CBS told us that long ago.

Rather believes that a typewriter from the seventies could produce a document precisely matching one created in Microsoft Word. Oh, and that CBS is pro-Bush. Both assertions should be enough to have the poor soul committed.
at 8:31 PM
Email ThisBlogThis!Share to TwitterShare to FacebookShare to Pinterest
Labels: Democrats, MSM