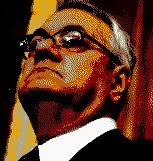 ...Federal regulators seized management control of Fannie and Freddie in September as heavy losses stemming largely from mortgage defaults ate through their thin layers of capital. For 2008, Fannie and Freddie reported combined losses of about $108 billion, forcing the Treasury to pump in capital to keep them operating...

Anthony Sanders, a finance professor at Arizona State University, recommends leaving Fannie and Freddie intact but subjecting them to better regulation and requiring them to hold more capital. He also suggests barring them from holding large amounts of mortgages and related securities. That would leave the companies to focus on creating and guaranteeing mortgage securities that would be held by others.

In hearing after hearing, Frank and his Democratic cronies blocked "better regulation" and higher capital requirements for the GSEs. Time after time, month after month, year after year. 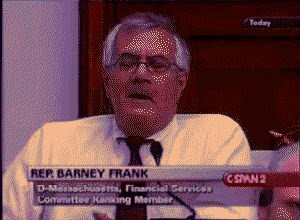 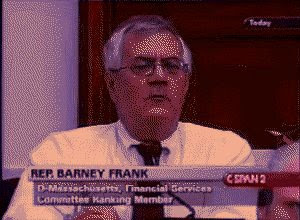 I don't see any financial crisis.

And now, Barney Frank, the same crustacean that helped cause the mortgage meltdown in the first place, suggests the kind of oversight that he helped block. Brilliant.

Can someone explain to me why Barney Frank isn't in prison?

Linked by: Just One Minute. Thanks!