Contractor Award Nominee for the month of March


G sent in the March nominee.

This is a pic of a pedestrian tunnel going to a parkade. What was "supposed" to happen was that the water would get shut off, the pipe then re-routed under the tunnel and finally the water turned back on. 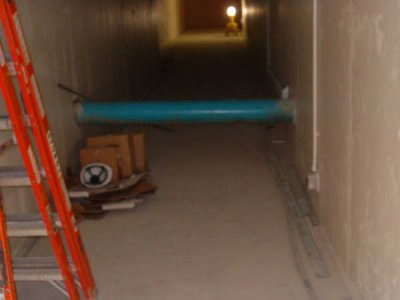 Instead the contractor built around the pipe. How are pedestrians to get over it? Jump? What about the handicapped?

Best of all: the tunnel was built under a street and there is another parkade exit also over this tunnel. Now the street will have to be re-closed, the parkade exit re-routed "again" so that this pipe can be dug up and run where it was supposed to have been....

at 6:33 PM
Email ThisBlogThis!Share to TwitterShare to FacebookShare to Pinterest
Labels: Water-cooler