I've examined the complete transcript of President Obama's statement today regarding General Motors. And I've concluded that this is the worst example of Presidential double-talk since Bill Clinton explained the meaning of the word "is". Consider: 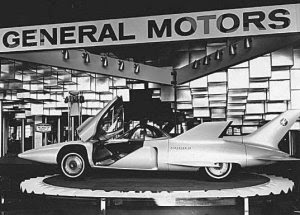 • First, Obama fired GM's senior executive: "Rick Wagoner is stepping aside as Chairman and CEO... it will take a new vision and new direction to create the GM of the future."

• Next, Obama created government-backed warrantees for all GM cars: "...if you buy a car from Chrysler or General Motors, you will be able to get your car serviced and repaired, just like always. Your warrantee will be safe... In fact, it will be safer than it's ever been. Because starting today, the United States government will stand behind your warrantee."

• And Obama will decide what kind of cars GM will build: "...several members of Congress have proposed an even more ambitious incentive program to increase car sales... [such a program would] provide a generous credit to consumers who turn in old, less fuel efficient cars and purchase cleaner cars have been successful in boosting auto sales in a number of European countries."

• But he claims the U.S. government won't be running GM: "Let me be clear: the United States government has no interest or intention of running GM."