Satire Alert: In real life, the brilliant Don Rickles never does any routine that even remotely touches on politics. Truth be told, I am a huge fan of Mr. Rickles, so I'm hoping this disclaimer gets me out of hot water with his public relations folks. Although I am pleased that I have actually met people -- very large and intimidating people -- who know him. So, remember, these are not Mr. Rickle's words; nor does he approve of them; and furthermore he is only -- by the barest thread imaginable -- tolerating my existence. 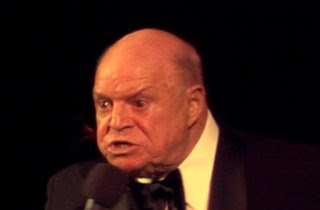 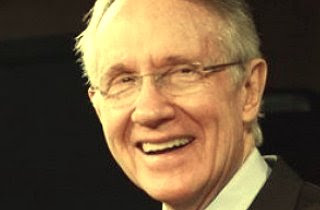 Oh my God, look at you. Anyone else hurt in the accident?
Seriously, Senator Reid has a face of a Saint - A Saint Bernard.
Now I know why they call you the arithmetic man. You add partisanship, subtract pleasure, divide attention, and multiply ignorance.

Reid is so physically unimposing, he makes Pee Wee Herman look like Mr. T.
And Reid's so dumb, he makes Speaker Pelosi look like an intellectual.
Nevada is soooo screwed!
If I were less polite, I'd say Reid makes Kevin Federline look successful. 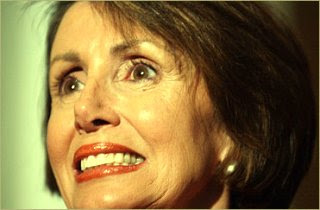 Speaking of the Speaker... Nancy Pelosi, hubba, hubba!
Hey baby, you must've been something before electricity.
Seriously, the Speaker may look like an idiot and talk like an idiot but don't let that fool you. She really is an idiot. 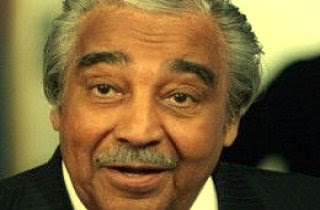 Charlie Rangel... still alive and still robbing the taxpayers blind. What does that make, six decades of theft?
Rangel's the only man with a rent-controlled mansion.

He's the guy who writes our tax laws but forgot to pay taxes on $75 grand in rental income!
So why isn't he the Treasury Secretary?
Rangel runs more scams than a Nigerian Banker. 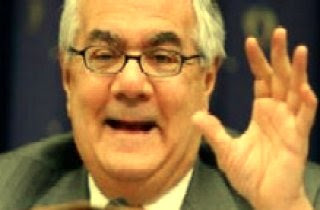 Barney Frank - he's a better actor than Fred Flintstone.
Consider... he and Dodd caused the whole financial meltdown and they're not only not serving time with Bubba and Rodney, they're still heading up the financial system!

Let's all admit it... Barney Frank slobbers more than a sheepdog on novocaine.
How did this guy get elected? Oh, that's right... he's from Massachusetts.
That's the state that elects Mr. Charisma, John Kerry -- man of the people! 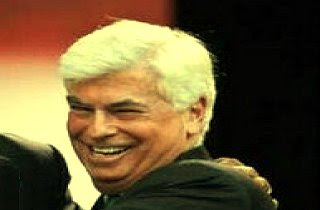 You know, if Senator Dodd were any more crooked, you could open wine bottles with him.
Here's a news flash, Dodd: when your local newspaper calls you a "lying weasel", it may be time to retire.

Dodd's involved in more shady deals than the Clintons.
Even Rangel looks up to him! 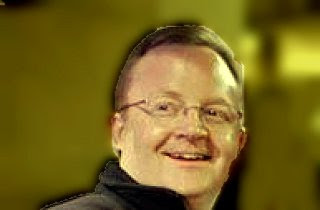 Press Secretary Robert Gibbs, I really respect you... especially given your upbringing. All you've overcome...
I heard your birth certificate is an apology from the condom factory.

I don't know what makes you so dumb, but it really works for you.
Personally, I don't think you are a fool, but what's my opinion compared to that of thousands of others?
Gibbs does his best expositional work in the bathroom every morning. 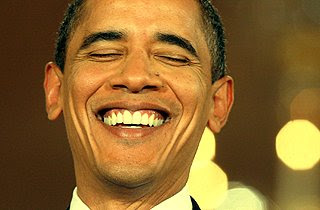 As for President Obama, what can I say?
They say President Obama's arrogant and aloof, but I don't agree.
Now it's true when you enter the room, you have to kiss his ring. I don't mind, but he has it in his back pocket.
His mind is open to new ideas -- so open that ideas simply pass through it.

Obama lies so much, I was actually surprised to find out his first name really was Barack.
Just don't ask about his middle name!
But Obama was able to set a record... he actually lied more in 60 days than Bill Clinton.
As far as his administration -- what with the tax cheat and lobbyists -- well, in the words of Patches O'Houlihan, "It's like watching a bunch of retards trying to hump a doorknob out there."

With all due respect.

I've found that if you add "with all due respect" to the end, any insult is okay.


Linked by: Instapundit. Thanks!

at 8:55 PM
Email ThisBlogThis!Share to TwitterShare to FacebookShare to Pinterest
Labels: Water-cooler

You incisively chose the same candidates to ridicule as we did at www.posterchildrenfortermlimits.comthey surely are "the worst of a bad lot." Check it out --their histories confirm the Rickles-like condemnation they so richly deserve.

there is no need for the disclaimer. nobody in their right mind would mistake this unfunny crap for Don Rickles.

Doug Ross, whose blog is drek, really needs to find a useful occupation. Maybe Blackwater would hire him. Or he could write a friendly biography of Joseph Goebbels. Kirkman Dixon

Too bad he didnt really say it... because none of it is false...

Absolutely hilarious! Unfortunately it is too true.

Too bad Don did not say it. Most of it is true and that will make the dems reading it not believe it. After all look at how they still believe in Obama's Promises.

bs'd
@ decora and anonymous:
You would not know humor if it bit you on the leg. Are your teeny little feeling hurt? Do you think that insulting the tiny corpse-man and his cadre of traitors & liars, Doug Ross is a bad person? If so, I want to be a bad person,too. If you would remove your head from wherever you have it hiding, you would see where this thoroughly crooked administration is leading tis country. I am sure you believe that we are headed for Utopia & if you look up the definition of that word, you just might be correct. Until all you Kool Aid drinkers and other hypnotized sheep can see the outcome of all this, Keep up the good work, Doug.

Hey RememberGushKatif, you unintelligent prick. Are you of the same ilk that pretty much believes that nobody can think a political joke is unfunny without that person just being lumped into the political party being made fun of? I myself could care less about the politics of this joke, but after the 2nd or 3rd line that was word-for-word ripped off of the movie Caddyshack I had to stop reading. It wasn't funny AT ALL to begin with and then it was just blatant plagiarism after that. So why don't you go suck a dick, pick up a Don Rickles DVD, and realize how wrong your post was because comparing this garbage to a legend like Rickles is a slap in the face to comedy.

I am reading this a year and a half after it was written and it is frerakin' hilarious! The fun comes from the truth of the comments. I am throwing this up on my blog. Doug, I hope you got a million hits from this.

You libs who think this is drivel were rolling in the aisles at BushRoveHitlerAttila crap. Asshats...

Don Rickles humor is meant to create laughs, not to humiliate people.
This page not only misrepresents Don but exhibits a form of thought that has no dignity, no character, no decency.

Who are the Democrats in the Congress going to blame if Barack Obama wins?

If this was written in 2009 then how did this guy write about Obama vacationing while a terrorist attack was happening (Benghazi)that happened 3 years later?

Hilarious! I can just imagine Rickles doing something like this, peppered with more colorful language.

I think it's funny as hell. I'll even add one of my own: "Is it just me or does Henry Waxman's nose look like he chases parked cars?

The folks saying that didn't sound like Rickles probably were too young to ever really have heard him except for excerpts on youtube. He made insults an art form, personal and cutting. The only problem with the Democrats you picked is the are such easy targets. They should not only be insulted but they should be banished from the Realm for their own protection before we flog them.

I love it when loonie leftists feel compelled to pan something like this rather than ignore it. They debase themselves in ritualistic worship of failure by projection.

Awesome humor and so true.

Here is another one:

"After my morning constitutionals I see Obama swimming in my porcelain pool."

Don't listen to the leftest libs defending their idiots. Those are exactly as your blog posted. Notice how true it is by the ignorance in some of their supporters reply. Funny how the truth offends the simple minded.