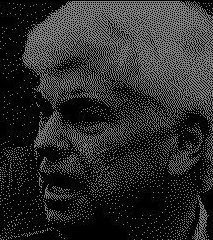 The Washington Times broke a story today that could put the nail in the coffin of the political aspirations of Senator Christopher Dodd (D-CT). It is simply the latest in what the New York Post calls Dodd's "cavalcade of scandal."

There are two takeaways: (a) the level of apparent backscratching and self-enrichment in Washington has reached epidemic levels; and (b) now that they are in power, Democrats have immunized themselves from prosecution by slow-rolling ethics complaints and hamstringing FBI investigations whenever possible.

I'd like to nominate the following Dodd activities for our annual Sleaze-o-crat™ awards, hosted by David Hasselhoff. Take a gander at these, you peons! You think you'd ever be able to get away with these? Fat chance, losers. This kind of legal force field is only available to our royalty in Washington!

Estimated take: $70,000: the amount of money Dodd saved on sweetheart mortgage deals offered by Countrywide co-founder Angelo Mozilo. Countrywide ended up imploding through its billions in troubled, minimally undewritten mortgage loans, which helped to touch off the entire financial meltdown. Dodd has never publicly released complete documentation of the loans, despite promising to do so nearly a year ago.

Estimated take: $80,000: the amount of mortgage, fees and taxes paid by accused inside-trader Edward Downe Jr.. Downe paid half the fare of the Washington, DC condo that Dodd live in, but reportedly used it "rarely." The subsidy ended when feds came calling on Downe.

Estimated take: $160,000: the amount of money Dodd received in 2006 from AIG's troubled Financial Products division (AIG-FP). It was AIG-FP that played a central role in the meltdown of the financial system and Dodd -- along with House counterpart Barney Frank -- stonewalled every attempt at reining in the insanity.

Estimated take: $180,000:the amount Dodd profited on a 10-acre, waterfront home purchased with Downe and one of Downe's real-estate buddies. Each bought a third of the property during a huge runup in Irish real-estate prices, but Dodd was able to buy out Downe's friend eight years later at a "substantial" profit.


Estimated take: $400,000: the approximate value of the pardon Dodd secured for Downe by going directly to Bill Clinton during the 2001 "Filene's Basement Pardon Sale" ($400,000 estimated based upon the amount Hugh Rodham -- Hillary's brother -- reportedly secured for the pardon of Glenn Braswell.

Estimated take: $800,000: the amount of money Dodd financed under two very sweetened mortgage deals at rates not available to non-Washington royalty. Countrywide was one of the largest funnels of subprime mortgage sewage to Fannie Mae; it played a central role in destroying a variety of financial institutions that held stakes in GSEs like Fannie and Freddie.

Estimated take: $218,000,000: the amount of bonuses AIG executives collected after Dodd slipped a back-scratching provision into legislation that would protect the payments. Dodd's evasiveness regarding his actions on the bonuses stink to high heaven; he's blamed them on everything from the Treasury Department to a bug in Turbotax (oh wait, that was Tim Geithner).

And the winner is... no one. We're all the losers as long as the Democrats in power tolerate a rampant culture of criminality.

* * *
Note: These figures are estimated. Your profits may vary if you are an elected Democrat and as big a sleazebag as Dodd, Rangel, Frank, Feinstein and the rest of the Democrat Culture of Criminality.

Related: Above the law: a handy guide to the Democratic Party's ongoing scandals.
at 8:04 PM
Email ThisBlogThis!Share to TwitterShare to FacebookShare to Pinterest
Labels: Crime, Democrats, Dodd