Letter From a Nam Vet: Democrats attack the Church


A friend of a friend, who shall remain nameless, writes:

As you know, I am blessed to know and be connected to two great religions, sharing Judaism and Catholicism from my maternal Grandmother and paternal Grandmother, respectively. My sense of connection to both runs within me, and I know your beliefs run deep within you. I am writing to you today to tell you about a sermon delivered today by our Priest. He has all but named the president as the anti-Christ. Whatever your beliefs, this is significant, for I think he is correct. Biblical references aside, the Democrats and through their agents in government are attacking the very fundamental principles of America. 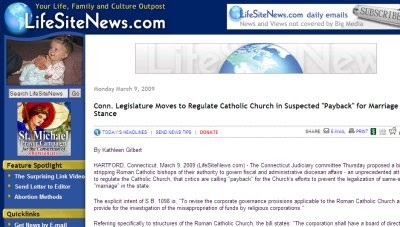 Specifically cited today was the recent attempt by the Connecticut state legislature to force the Catholic Church to be re-organized. See the attached article.

Although the bill was been "put aside", there will be other attempts by the democrats at every level of government to silence dissent. What is the next step after silencing religion, the freedom of speech, and right to bear arms, to gather?

Please share this with others, we need alert those who are asleep, we must keep alert and raise a loud voice of discontent, or our last stop will be into the showers, following a train ride. We can't afford to be a Chamberlain, we need to be Jeffersonian.

The article to which the Captain refers is, indeed, a disturbing one.

The Connecticut Judiciary committee Thursday proposed a bill stripping Roman Catholic bishops of their authority to govern fiscal and administrative diocesan affairs - an unprecedented attempt to regulate the Catholic Church, that critics are calling "payback" for the Church's efforts to prevent the legalization of same-sex "marriage" in the state.

The explicit intent of S.B. 1098 is, "To revise the corporate governance provisions applicable to the Roman Catholic Church and provide for the investigation of the misappropriation of funds by religious corporations."

Referring specifically to structures of the Roman Catholic Church, the bill states: "The corporation shall have a board of directors consisting of not less than seven nor more than thirteen lay members. The archbishop or bishop of the diocese or his designee shall serve as an ex-officio member of the board of directors without the right to vote."

According to the bill, members of the board are to be elected from among the congregation, and the authority of the bishop and pastor limited to "matters pertaining exclusively to religious tenets and practices." 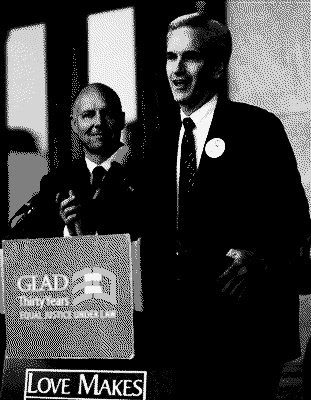 Andrew McDonald and Michael Lawlor, co-chairs of the Judiciary committee, say the bill was proposed as a response to an incident in which a priest was convicted of stealing 1.4 million dollars from a parish in Darien...

Lawlor, in an email posted by American Papist blogger Thomas Peters, justified the bill by claiming it changed "current state statutes governing Roman Catholic corporations" as "suggested by parishioners who were the victims of theft of their funds in several parishes, who felt existing laws 'prevented them from dealing with the misuse and theft of funds.'"

"I agree with you that the whole notion of having a statute governing the church seems like an intrusion on the separation of church and state, but the current law does that already," Lawlor wrote, who emphasized that corporate law "probably should make sure there cannot be deception of parishioners."

...Many have raised concerns of the bill's constitutionality. Attorney Philip Lacovara, a Bridgeport Catholic, told the committee: "In more than forty years as a constitutional law teacher and practitioner, I cannot recall a single piece of proposed legislation at any level of government that more patently runs afoul of [the First Amendment]" than the bill in question. U.S. Conference of Catholic Bishops general counsel Anthony Picarello also expressed shock at legislation "so blatantly unconstitutional," according to the National Catholic Register. 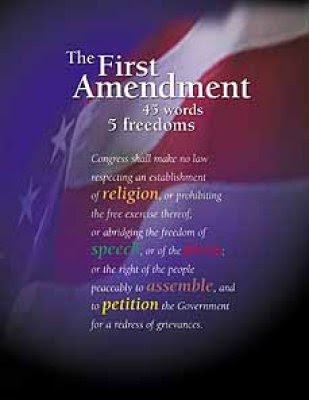 The Knights of Columbus, the Family Institute of Connecticut, and Connecticut Catholic Conference as well as individual bishops are calling on Catholics and non-Catholics alike to intercept the bill, which is being denounced as a dire and unprecedented threat to religious groups' right to self-government.

Peter Wolfgang of the Family Institute of Connecticut explained the need for an interfaith presence at the Wednesday hearing. "As Ben Franklin told the Founders while they were signing the Declaration of Independence, 'either we hang together or we will all hang separately,'" said Wolfgang. "Legislators need to understand that this bill is an attack on everyone's religious liberty."

..."Our church in the state of Connecticut is facing an unprecedented intrusion by the state legislature into its own internal affairs," Bridgeport's Bishop William Lori told parishioners Friday. "If this bill were to be enacted, your bishop would have virtually no real relationship with the 87 parishes.

"You have to understand how radically this departs from the teaching of the Church and the discipline of the Church, and how gravely unconstitutional it is for a state to move in and try to reorganize the internal structure of the Church. It is a violation, a grave violation of religious liberty."

Lori scoffed at the notion that the state, which now has a billion-dollar deficit, proposed the bill out of a need for greater regulation of Church finances.

"This bill was dropped into the hopper the day before the same-sex 'marriage' bill was to be heard," said Lori. "This is a thinly-veiled attempt to silence the Church on important issues of the day - but especially with regard to marriage."

Both committee co-chairs McDonald and Lawler are outspoken same-sex "marriage" advocates, and have been critical of the Catholic Church's opposition to laws dismantling the legal definition of marriage.

"The real purpose of this bill is payback to the bishops and pastors of the Roman Catholic Church in Connecticut for opposing gay marriage," State Sen. Michael McLachlan of Danbury wrote in his blog...

What is it with these Democrats? Did they skip school on the days that the the Constitution was being taught?

The Anchoress, Hot Air's Ed Morrissey and Wizbang were on this story from the get go. The bill may have been tabled for the moment, but continued vigilance is the watchword.

This attempt certainly won't be the last by Democrats bent on silencing dissent.

I seem to remember that there's a word for National Socialist Democrats. From the history books. But it's escaping me for the moment.

at 8:13 PM
Email ThisBlogThis!Share to TwitterShare to FacebookShare to Pinterest
Labels: Democrats, extremism