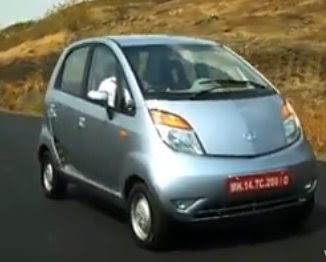 The reviews of the Tata Nano are starting to roll in and general impressions are startlingly positive.

The Nano has a base price of around $2,000 and is, by far, the world's least expensive production vehicle.

Yet reviewers have offered glowing praise for the vehicle and its build quality.

The highlights of some of the reviews include:

• "appealing, especially to ladies"
• "as cute as a cartoon caricature... desperately loveable"

• "It's not a toy or an autorickshaw with a fourth wheel as many sceptics believed."
• "It's a credible car that does the job brilliantly for its target customers and in the process trounces much more expensive cars in areas like passenger space."

• "The Tata Nano is worth every bit of your hard-earned money and we believe it has the makings of a cult car."
• "It is just as 'revolutionary' [as the Beetle]. Both in terms of the place it is likely to hold in Indian society, and from a technology point of view."

• "In the mould of the original Ford Model T but snappier and impressive in its use of the right technology, the Nano has the makings of a mega winner."
• "The Nano's not perfect... Owners will want more power, miss the practicality of a hatch and want an additional gear too. But that's about it."

at 8:55 PM
Email ThisBlogThis!Share to TwitterShare to FacebookShare to Pinterest
Labels: Autos