Delicious Irony: Obama's favorite union engaged in a labor dispute with its own (separately unionized) employees


Even before Barack Obama was elected President, the Service Employees International Union (SEIU) was one of the most powerful labor groups in the land. Its two million members were levied taxes in the form of dues, most of which were then funneled into Democratic campaign coffers. Nearly half of its members are government employees. 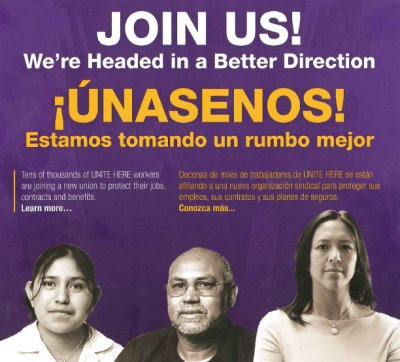 The Los Angeles Times also reports that the SEIU is embroiled in a series of financial scandals that may or may not be related to Obama. And it appears to be scrapping with other labor groups, presumably attempting to peel off their membership dues.

The most delicious irony, however, was described earlier today by The Washington Post. The SEIU is engaged in a fierce labor dispute with its own employees that it is seeking to to lay off.

The SEIU recently notified the union that represents about 220 of its national field staff and community organizers that a third of them will be laid off. That's right, some of the SEIU's employees have themselves unionized. And they belong to a union called The Union of Union Representatives (I am not making this up). 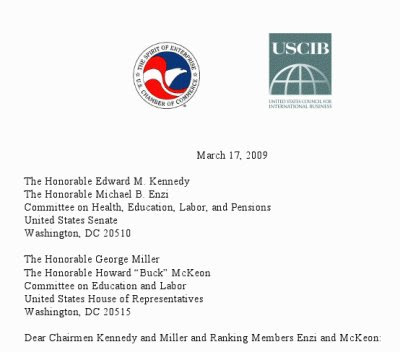 The UUR has filed an unfair labor practices complaint against the SEIU with the National Labor Relations Board. It claims that the SEIU is acting like the businesses it battles on a daily basis: laying off workers without appropriate notice, using temporary workers, banning union activities, and reclassifying workers to reduce union members.

Again, I am not making this up.

SEIU President Stern says that the moves will help establish their power base in Washington: "We need to respond to the once-in-a-lifetime opportunity our members created by helping elect President Obama."

Of course, this dispute completely undermines the SEIU's end-game, the ill-named "Employee Free Choice Act" (also known as "Card Check" or the "Instant Unionization Bill"). The bill removes the secret ballot requirement for a union formation vote. It thereby sets the stage for worker intimidation because all votes are public.

And joining a union is, in general, a poor choice for a worker. Dozens of studies have confirmed that higher unionization rates result in higher unemployment and lower wages. The math is simple: make it tougher and less flexible for businesses to employ people and they will employ less.

But all of that matters not for President Ideologue, who appears eager to shove the United States down a socialist glide=path no matter what it does to the Constitution or, for that matter, the economy.