Bail out the King!


Chris Kelly, writing at the Stuffington Roast, argues persuasively against a bailout of Chrysler Cerberus.

There's no such thing as Chrysler. It doesn't even have any stockholders to save. If the bailout passes, your money will go directly to the hardworking men and women of something called Cerberus Capital Management, L.P.

Cerberus, named for reasons unknown after the mythical three-headed dog that drags souls to hell, is one of the world's largest private investment firms. By its own account, it has $25 billion under management in funds and accounts and significant investments in more than 50 companies that, in aggregate, generate more than $60 billion in annual revenues worldwide... 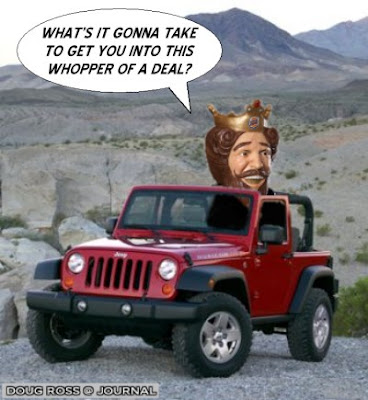 Maybe you or your congressperson has a nostalgic attachment to some of those things. I don't.

Maybe Cerberus Capital Management L.P. should sell some of them, if they really need cash to stay in the minivan business.

That's a whopper of a deal!