Rupert Murdoch reads the riot act to the 'mainstream media'


The media leviathan drops some rhetorical bombs on the fossilized relics currently managing network television and print media into bankruptcy.

"My summary of the way some of the established media has responded to the internet is this: it's not newspapers that might become obsolete. It's some of the editors, reporters, and proprietors who are forgetting a newspaper's most precious asset: the bond with its readers"... 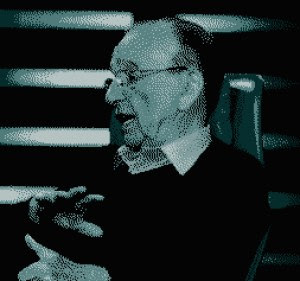 Murdoch, whose company's holdings also include MySpace and the Wall Street Journal, criticized what he described as a culture of "complacency and condescension" in some newsrooms.

"The complacency stems from having enjoyed a monopoly--and now finding they have to compete for an audience they once took for granted. The condescension that many show their readers is an even bigger problem. It takes no special genius to point out that if you are contemptuous of your customers, you are going to have a hard time getting them to buy your product. Newspapers are no exception."

... "It used to be that a handful of editors could decide what was news-and what was not. They acted as sort of demigods. If they ran a story, it became news. If they ignored an event, it never happened. Today editors are losing this power. The Internet, for example, provides access to thousands of new sources that cover things an editor might ignore. And if you aren't satisfied with that, you can start up your own blog and cover and comment on the news yourself. Journalists like to think of themselves as watchdogs, but they haven't always responded well when the public calls them to account."

To make his point, Murdoch criticized the media reaction after bloggers debunked a "60 Minutes" report by former CBS anchor, Dan Rather, that President Bush had evaded service during his days in the National Guard.

"Far from celebrating this citizen journalism, the establishment media reacted defensively. During an appearance on Fox News, a CBS executive attacked the bloggers in a statement that will go down in the annals of arrogance. '60 Minutes,' he said, was a professional organization with 'multiple layers of checks and balances.' By contrast, he dismissed the blogger as 'a guy sitting in his living room in his pajamas writing.' But eventually it was the guys sitting in their pajamas who forced Mr. Rather and his producer to resign.

Murdoch does not believe that newspapers will disappear. Instead, they'll become highly personalized journals suited for an individual and "edited" accordingly.

I'm predicting the Sulzberger family won't be involved with that part of the business.
at 7:41 PM
Email ThisBlogThis!Share to TwitterShare to FacebookShare to Pinterest
Labels: Democrats, MSM, New York Times