Sarah Palin thought Africa was a country. She couldn't name a single country belonging to NAFTA. She believed that the U.S. had 57 states. Oh, wait, that last one was President-Elect Obama.

The Palin rumors, breathlessly marketed by David "Laughingstock" Schuster of MSNBC, turned out to be hoaxes and poor ones at that. So says the New York Times (don't worry, the link is to CNet), which calls Schuster the reincarnation of Dan Rather and labels MSNBC a "comedy channel". Well, I think they said that but then I only skimmed the article. 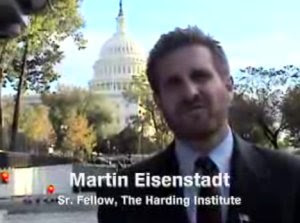 Who would say such a thing [about Palin]?

On Monday the answer popped up on a blog and popped out of the mouth of David Shuster, an MSNBC anchor. "Turns out it was Martin Eisenstadt, a McCain policy adviser, who has come forward today to identify himself as the source of the leaks," Shuster said.

Trouble is, Martin Eisenstadt doesn't exist. His blog does, but it's a put-on. The think tank where he is a senior fellow--the Harding Institute for Freedom and Democracy--is just a Web site. The TV clips of him on YouTube are fakes...

Gee, MSNBC fell for a Dan Rather-style forgery? And a poor one at that? And then the New York Times reported on the debacle in the kindest way possible to cover for MSNBC?