Is Uganda's Allan Tacca the Mark Steyn of Africa?


Clear-headed and cutting, The Ugandan Monitor's Allan Tacca may indeed be Africa's version of Mark Steyn ("I feel very sorry for the next US president"):

Exactly 100 days away from his inauguration as President in January 2009, Obama will be subjected to a wave of scrutiny in the media that verges on sadism. So pervasive and so harsh are the effects of the American financial crisis that it would be much easier to disappoint than impress the nation. There will be angry Americans in New York, Detroit and Silicon Valley asking Obama for the beef, after the rhetoric. 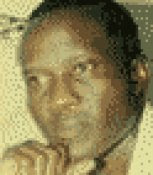 ...In the Middle East, with the Arab-Israeli conflict probably as intractable in April as ever, Obama, previously welcomed by many in the “Arab Street” as (at least) a half-Muslim, may now rapidly evolve into a fully fledged apostate.

Then we come to Africa, that puzzling 21st century anomaly, with its emaciated peasants and fat despots. How can Obama help you? George. W. Bush threw billions of dollars at the continent. You did a bit of good with some of it; and you stole the rest. Do you want Obama to come and stage your revolutions?

...In the longer term, America’s military machine will always respond to the definition of threats to her interests. Those threats are largely defined by bureaucratic behemoths the President cannot directly control, and these will sometimes make serious mistakes. Because initially he was so loved, Obama’s fall could be quite spectacular.

Well done, Mr. Tacca. I see now that pragmatists haven't been quarantined to just our tiny corner of the world.

Linked by: The excellent DogFightAtBanksTown. Thanks!
at 9:03 AM
Email ThisBlogThis!Share to TwitterShare to FacebookShare to Pinterest
Labels: Africa, Obama