• Does the Terrorists' Union threaten to stop car-bombing when they go on strike?

• Some very sharp financial minds think that Citigroup is a "screaming buy". Seriously. 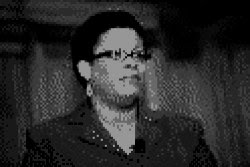 • Rochelle Riley of The Detroit Free Press says that Democrats should push for Bush's impeachment now -- for the economy's sake. In unrelated news, the Union of Unhinged Leftie Journalists announced its op-ed winner for 2008.

• Could we solve most problems in inner cities by making it cool to be smart?

• It strikes me that Donny Osmond would make an excellent James Bond.

• Robert Byrd actually had the title of "Exalted Cyclops" as a Klan leader. It was a promotion from Grand Kleagle.
at 8:04 PM
Email ThisBlogThis!Share to TwitterShare to FacebookShare to Pinterest
Labels: Water-cooler