Feedback on NBC's Rosie Variety Show funnier than the show


The reviews are in on Rosie O'Donnell's spectacular new variety show on NBC! And to say the show bombed is a little like calling a hurricane a "bit of a breeze". TV Guide headlined its review "Dead on Arrival."

On one of the NBC discussion sites, the bad reviews outnumbered the good by a ratio of about 1000-to-1. 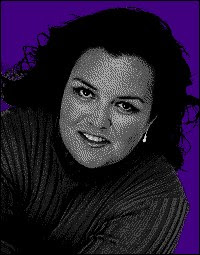 What? The "Jews and Bush were behind 9/11" sketch and song and dance number (Fire don't melt no steel) didn't draw big numbers? No. Say it ain't so.

Why don't they pipe this show down into Gitmo? Being forced to watch this ... would be better than water-boarding.

Rosie the un-riveting host: That was the worst 32 seconds I spent last night trying to figure out what on earth allowed you, dopy Baldwin and poor Conan on the same screen at the same time. Go get a real job as you will starve trying to entertain and be funny...

When I saw the commercial I thought it was a joke. I guess it was...on NBC.

What does (hate media) NBC expect? They put on the poster girl (?) for hate and expect people to watch? NBC is in a death spiral. Good riddance.

The only reason this show failed is because America is a backwards homophobic country still living in the dark ages. At least Barack Obama will lead us to future days. Out with Bush the Dictator.

Amateurish. Not prepared. Have seen better high school productions. ...NBC, wake up and get rid of this show. I could have done many other things last nite instead of watching this albatross.

The key to Variety shows of the past was the likeablity of the host. The format might work great if you don't use such a polarizing figure. Ms. O'Donnell is hated viciously by too many people... Nice try, NBC. We'll be seeing a few new faces at the unemployment office...

What a disaster!! What the hell was NBC thinking. The executives in charge should be fired immediately. They thought people would watch that s***?

Even though I think Rosie is vile, mean-spirited human being, longing for the days of the old variety shows, I was willing to give it a shot. I turned it after the first minute when she had to get political. Get over it Rosie, no one wants to hear your ingnorant political rants!

Try the format again, this time with someone more like Ed Sullivan, who would introduce the talent, spell the name correctly, and stand to the side. 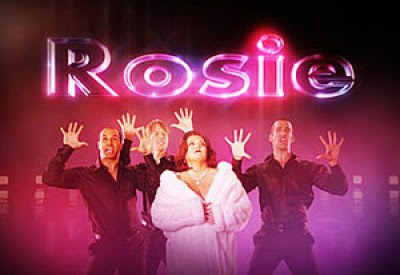 Rosie, Thank you for reminding me of what a useless, no-talent political hack you were. The hype before the show was genius. Your show was the opposite. For God's sake, go enjoy your money and stay out of the public eye. Get a show on Air America. Nobody listens to that anyway, and it's the same format as your show. You would fit in nicely with all the other no-talent political hacks.

NBC should have sold "Rosie Live" vomit bags to make up for the lost advertising revenue on this pile of crap.

...I watched for 15 minutes out of sheer amazement at it's failure, kinda like a train wreck in progress. And I must ask Alex Baldwin about his jacket..... it was so small his huge and growing belly was made obvious.

You could dig up Frank Sinatra's corpse and prop it up on stage and have a more entertaining show than what was described in the article. Variety shows will work again like they did in the 70's, but only an idiot would have tried what they put on here. Whose Line or sketch comedy like Carol Burnett's show would be great. Why not just replay The Carol Burnett Show? Bring out Bob Newhart to carry on half a phone conversation for an hour. I'd watch. Have Frank Caliendo, Ryan Styles, and Wayne Brady do impersonations for an hour. I'd watch. Put Robin Williams and Jim Carrey on stage and let the audience give them an idea to run with. I'd watch.

I once knew Rosie back in late 90's. I was part of Toys for Tots NYC. She was a very gracious, humble, giving and funny entertainer. Then I ran into her family again in CT when she sent her kids to a private school in Greenwich. She had armed guards for her kids yet is against guns? She jumped right off the deep end after that with her political leanings and I've never been a fan or supporter since. Very sad!

...it may have been more entertaining if they did a skit where Baldwin had a phone converstion with Rosie playing the part of his daughter.

These comments are funnier than the show.

Yes, the variety show format must be horrible! It couldn't POSSIBLY be that potential viewers might think Rosie O'Donnell is an angry, mentally-disturbed, no-talent nit wit... If someone figured out how to cast and produce a contemorary version of what Carol Burnett did SO WELL in the 1970s, it would be a huge hit... This only proves that programming executives at NBC are morons. They think all television shows must be leftist political crap, junior high bathroom humor, or fake "reality" nonsense.

When asked on her blog "When will u know if there will be more Rosie Live shows in '09?," O'Donnell writes, "there will b no more/no ratings/ bad reviews/ yet still - a thrill 4 me."

Rosie, it's a thrill for me to know that I won't be seeing any more of you for a very, very long time.
at 9:27 AM
Email ThisBlogThis!Share to TwitterShare to FacebookShare to Pinterest
Labels: extremism, Rosie

My cocker gave me a connect where you can good much cheaper. You virtuous require to subscribe, to register. And you hand over up a month outspoken franchise consumption of the archive software.

so that all the admonish, penny-pinching pays twice. It is preferably to payola from these guys than to accept a much more expensive. Not prinebrigayte my advice. That's my premium to you