Barack Obama and The Wisdom of Crowds 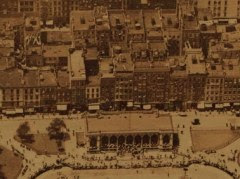 In the early twentieth century Francis Galton witnessed a contest at a county fair. Asked to estimate the weight of a prize ox, spectators and cattle experts alike submitted their guesses on paper. 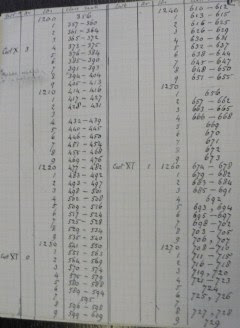 After the contest was finished, Galton collected the hundreds of submissions. He painstakingly added them up to determine the average of the crowd's estimates. 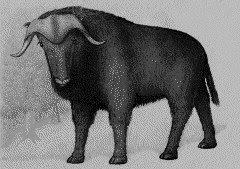 He was astounded to discover that the crowd's average was closer to the true weight of the ox than any single guess, including those of the "experts". 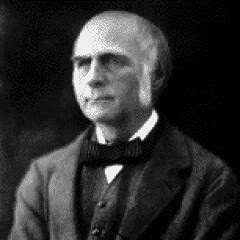 This anecdote is one of many related in James Surowiecki's bestselling book The Wisdom of Crowds.

The book's central assertion is that a diverse collection of individuals, each operating independently, is likely to offer better predictions and decisions than individuals, even so-called "experts".

Intrade.com, the well-known prediction market, selected the winner of every single U.S. Senate race in 2006. No "talking head" pundit was able to match this record. 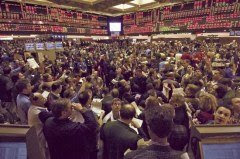 The largest and best known prediction market is the stock market.

A 2007 study by Arnerich & Messina illustrated the stock market's efficiency in stark terms. Since 1994 there have been only two years in which more than 50% of professional money managers were able to beat the S&P 500 index. In 1997 only 11% of managers beat the index. 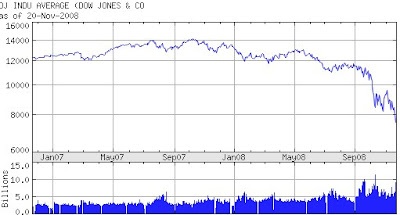 Over the last year most investors in the equity markets have taken horriffic losses. In September -- just a couple of months ago -- the Dow Jones Industrial Average hovered near 12,000. Today it closed at 7,552, a loss of roughly 35%.

What happened in September? Let's look at the Intrade presidential futures market. The blue line represents the Obama futures while red represents McCain.

If we zoom into the September-to-November timeframe, we'll see something very enlightening. By late September it was increasingly clear to Intrade.com bettors that Obama was going to win the election. From 9/28 to 9/29 Obama's Intrade price went from 57 to 61, which represented a huge jump. 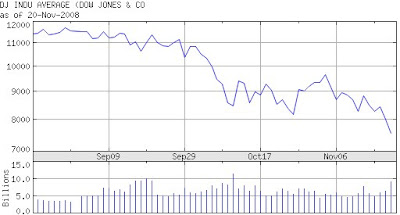 Note what happened to the stock market at nearly the exact same time. Around September 29th the market began its collapse. 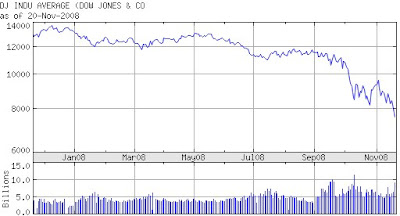 Call it a crisis of confidence. Call it a Fannie-inspired meltdown. Call it what you will, but the markets appear to have reacted to Obama's promises of economic "fairness", "spreading the wealth" and raising taxes on the job creators of society. 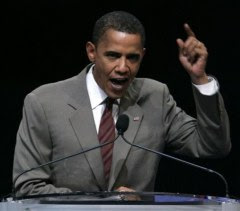 This thinly disguised form of class warfare, the policies of which many have termed socialism (fairly or unfairly), has had a definite impact on the markets.

The markets represent the ultimate collective intelligence engine on the planet.

The markets have spoken on the stated policies of Barack Obama.

Sorry, folks, there are no do-overs.

Update: A brief postscript on Barack Obama and the Wisdom of Crowds.