Democrats have a plan to stimulize the economy


The. Best. Congress. Ever. Just laid out a clear picture of their agenda. 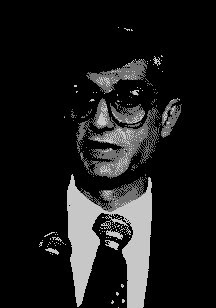 • Adding in the Citi bailout, the total cost of the bailout is roughly $4.6 trillion dollars. Or, as Barry Ritzholtz has calculated, more than what the country spent on the Marshall Plan, the Louisiana Purchase, the Race to the Moon, the Savings and Loan debacle, the Korean War, the New Deal, the Invasion of Iraq, the Vietnam War and NASA... combined... and all adjusted for inflation.

But don't worry, Robert Rubin -- senior transition adviser to president-elect Obama -- is on the case.

• Remember those 68 million acres of land Nancy Pelosi (D-CA) said the oil companies had to "use or lose"? The oil companies just lost 'em -- because some eco-Nazis just blocked a major drilling operation, presumably in order to save a plankton from going homeless. In other words, Democrats lied.

• How about legalizing illegal immigration? Harry Reid (D-NV) says there's another monumentally craptastic program on the way: "I don't expect much of a fight at all [on immigration this time]." Legalizing illegal stuff seems like a good way to go for Congress.

• As for freeing terrorists - Democrats can do! As a precursor to closing Gitmo Salim Hamdan, Osama's driver and bodyguard, is being dispatched to his native country of Yemen. I heard Dick Durbin (D-IL) insisted we return the surface-to-air missiles he was transporting when he was illegally captured.

• Bringing back Franklin Raines to run Fannie Mae and Freddie Mac, along with the Federal Reserve? Yup.

Just kidding about that last one.

Wouldn't surprise me though.

All of this stuff courtesy of Larwyn. Linked by: Jules Crittenden. Thanks!
at 9:54 PM
Email ThisBlogThis!Share to TwitterShare to FacebookShare to Pinterest
Labels: Democrats, Economy, Energy, Obama, Pelosi, Reid