Just another day at the office: more Ayers-Obama bullcrap unearthed


I noticed this juicy tidbit from the Good Morning America interview that Chris Cuomo conducted with terrorist Bill Ayers.

MR. AYERS: I was asked by the state senator to have a coffee for Barack Obama when he first ran for office and we had him in our home and I think he was probably in 20 homes that day, as far as I know, but that was the first time I really met him. 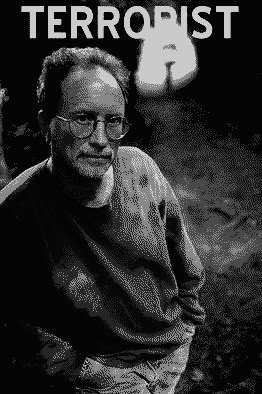 The "Meet the Candidate" coffee event, held in the home of Weather Underground terrorists Ayers and Dohrn, appears to have occurred in November 1995. It's not just Ayers, by the way; the Obama campaign has also asserted that the two first met at that event.

But as early as May of 1995, Barack Obama was already addressing correspondence as Chair, Annenberg Challenge. 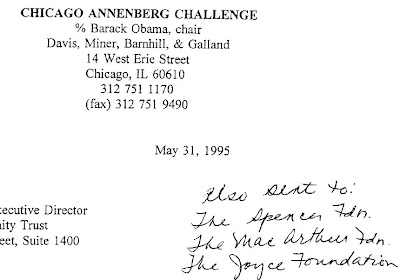 It is inconceivable that the Annenberg Challenge's founder, the person who had originally conceived of the notion, would name as chair someone he had never met to dole out $160 million. So why the spin, fabrications and obfuscation?

The implication is patently obvious: they had met earlier; perhaps much earlier.

So exactly what are these people hiding? Perhaps our crack mainstream media could pull a couple of researchers off the Joe Wurzelbacher snipe hunt to pursue these threads.

at 9:03 PM
Email ThisBlogThis!Share to TwitterShare to FacebookShare to Pinterest
Labels: extremism, Obama