Is that all you've got, Democrats? 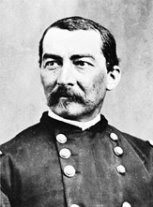 On Tuesday, the Left — armed with the most attractive, eloquent, young, hip, and charismatic candidate I have seen with my adult eyes, a candidate shielded by a media so overtly that it can never be such a shield again, who appeared after eight years of a historically unpopular President, in the midst of two undefended wars and at the time of the worst financial crisis since the Depression and whose praises were sung by every movie, television, and musical icon without pause or challenge for 20 months... who ran against the oldest nominee in the country's history, against a campaign rent with internal disarray and determined not to attack in the one area where attack could have succeeded, and who was out-spent no less than seven-to-one in a cycle where not a single debate question was unfavorable to his opponent — that historic victory, that perfect storm of opportunity...

Yielded a result of 53 percent.

And Whittle's tale is that of a peculiar Civil War battle worthy of a bronze plaque in a leafy national park. 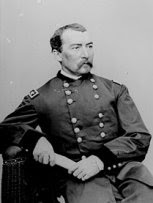 It has been a source of delight for me these past few days to see nothing but evidence of this [steely resolve], all across our defeated lines. Nowhere have I heard a shred of defeatism or despair...

On the contrary. In point of fact, the magnanimity and graciousness I have seen in defeat in so many places on the right tells me that this is an eager and seasoned army, one able to look defeat in the face and own up to the errors in tactics and strategy that got us there.

...And nowhere do I see a call to abandon our core principles and sue for terms, but rather that our loss was caused precisely by our abandonment of the issues which we hold dear and which have served us so well on battlefields past.

Republicans are indeed magnanimous and gracious in defeat. We will learn from this experience and return to the battlefield reinvigorated and ready to combat the fraudulent fundraising, the dead voters, the duplicate registrations and the prancing unicorns.