Iran's Racists: "Only change in Obama is color, not policy"

Tehran - Iran Slams U.S.: The Only Change In Obama Is Color, Not Policy 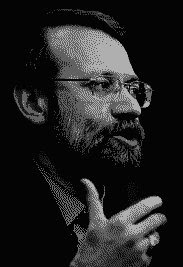 "This signifies a pursuit of the same erroneous policy as in the past," Larijani said when asked about Obama's comment on Friday... "If the United States wants to change its standing in the region it should send good signals," he said. "Obama understands that change does not only mean a change of colour and superficial differences, change must also have a strategic basis," the agency quoted Larijani as saying...

Kayhan headlined "Obama's [pro-Israeli] men," in reference to his appointment of Rahm Emanuel, a Jew, as White House chief of staff. It called him "a member of a terrorist Zionist group."

Everyone knows that the Mullahs are a bunch of suicidal mystics with nukes; turns out they're rednecks too.
at 9:18 PM
Email ThisBlogThis!Share to TwitterShare to FacebookShare to Pinterest
Labels: extremism, War