Houses selling for $7,500 in Democratic Utopia of Detroit 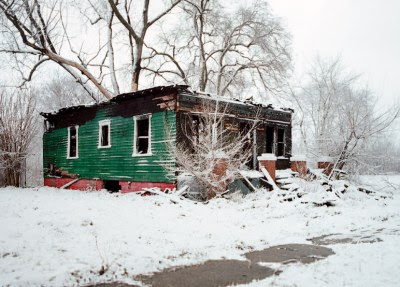 No, I didn't forget a zero. Houses really are selling for seven thousand, five hundred dollars in the Democratic Utopia of Detroit.

And a twit of a Democratic governor whose mastery of socialism has driven the city and state into the ground.

John Mogk, a professor at Wayne State University Law School noted that "a thousand people are leaving the city every month and the city does not have the financial resources and the economic base to solve its own problems."

The best quote from the article (paraphrased): no wonder homicide rates have declined... there's no one left to kill!

Consider Detroit a preview of the rest of the entire country should the Obama administration get its way with higher taxes, the ill-named "Employee Free Choice Act", carbon cap-and-tax, and the other policies aimed at crippling America.
at 6:30 AM
Email ThisBlogThis!Share to TwitterShare to FacebookShare to Pinterest
Labels: Democrats, Economy