He was a brash and affable young man. The good looking scion of a rich and powerful family. It was a mid-summer party, held in a startlingly beautiful mansion by the sea. And it was one of the hot tickets of the social season. 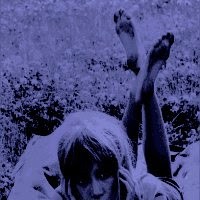 She was a former teacher, blonde and engaging. Not yet 30, she had held a series of administrative, clerical and communication jobs for his family. 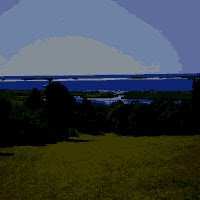 They were attracted to one another immediately. Perhaps it was the setting, the sound of buoys gently clanking and the far-off lights of mysterious vessels bobbing far a-sea. 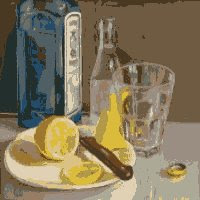 They had met before, but this time each had the other's undivided attention. They were drinking gin and tonics, the ocean breeze lifting their hair as they sat on the veranda, apart from the rest of the party, while laughing at each other's silly stories. 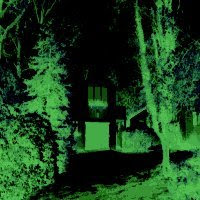 It was a beautiful evening and their conversation lifted her spirits. Soon they were both anxious to go. She climbed into his GM-made vehicle, a late-model sedan with a massive, growling engine. 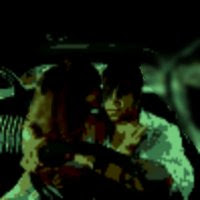 He had poured two "go glasses" to accompany them on their short trip, each filled to the brim with more gin than tonic. 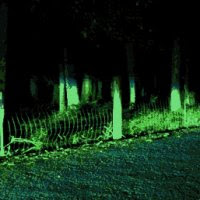 Soon they were wending their way to the other side of the island, a difficult journey because of narrow roads and poor lighting, now made more difficult by a failed headlight. 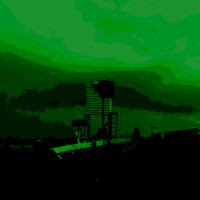 A small bridge, just wide enough for one car, lay ahead. She realized, with a horror that rose instantly like a buoy within her heart, that they were headed off the side of the bridge. She screamed as the tires squealed, but it was too late to stop.

President Barack Obama suggests that the cure for our economic crisis is a universal health care program, which would provide free care to all individuals using models similar to those developed in the UK and Canada. 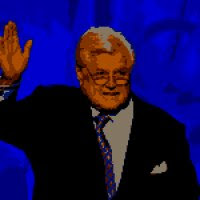 In January, a staffer for Rep. Jeff Bingaman (D-NM) suggested that any universal health care bill could be named for Senator Ted Kennedy, who is suffering from a very serious form of brain cancer. 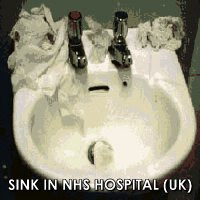 And while our thoughts and prayers go out to Sen. Kennedy in this difficult time for he and his family, it is worth contemplating some of the news from around the globe related to socialized medicine.

Kennedy did not visit the UK or Canada for treatment

Consider that Senator Kennedy utilized the private health care system here in the United State to receive the finest cancer care in the world. He did not visit the UK or Canada. 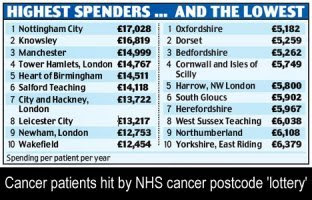 "British cancer patients are substantially more likely to die of the disease than those in other western European countries because of poor access to the latest drugs, according to an authoritative report to be published today." (Cancer survival rates worst in western Europe: Telegraph (UK) 2007)

Assuming he were a normal citizen, Kennedy's odds at successful treatment of his cancer would be much lower in the UK than in the US. And in Canada, rationing of health care has become the norm.

"Aside from the problems inherent in all monopolies, the fact that health services are free leads to familiar economic consequences. Basic economics tells us that if a commodity is offered at zero price, demand will increase, supply will drop, and a shortage will develop...

...As demand rises and expensive technology is introduced, health costs soar. But with taxes already at a breaking point, government has little recourse but to try to hold down costs. In Quebec, hospitals have been facing budget cuts both in operating expenses and in capital expenditures. Hospital equipment is often outdated, and the number of general hospital beds dropped by 21 per cent from 1972 to 1980.

[And s]ince labor is the main component of health costs, incomes of health workers and professionals have been brought under tight government controls..." (Socialized Medicine: The Canadian Experience: The Advocates (Canada))

The results are in: our current experiments with socialized medicine have failed

President Obama has neglected to advise us of the results of our most recent set of experiments with socialized medicine.

• There are a countless number of horror stories related to care provided by the Veterans Administration.

• There is a projected $36 trillion shortfall in funding for Medicare and Medicaid.

• California's Medi-Cal program is an unmitigated disaster, burning a $14 billion hole in a state with a nearly $50 billion overall budget shortfall.

How can anyone, in good conscience, possibly suggest this country is ready for socialized medicine? It has failed cancer patients and children in the UK. It has condemned patients to long and sometimes fatal waits for routine tests in Canada (e.g., "Excessive wait times for magnetic resonance imaging (MRI) studies are a major problem in the Canadian healthcare system." Healthcare Policy, Canada, 2009).

And our own experiments have proven to be utter and complete catastrophes.

We should insist the bill is named for Mary Jo Kopechne

Rather than name the bill for Kennedy, I submit that it be named for Mary Jo Kopechne. Kopechne's life -- which many have forgotten -- was cut short well before her prime by a politician who paid no substantial price for the incident that ended her life. 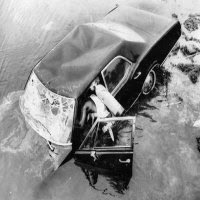 And given the incredible damage politicans have already levied upon citizens through socialized medicine, it would, I think, be a fitting title.

We must fight socialized medicine. It lies on the path to tyranny.

Trailers for Salewill provide you excellent trailers and sale. We are happy to see a nice blog here