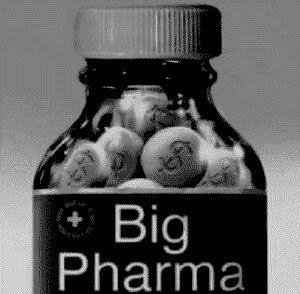 Capitalism, no matter what progressives say, isn't evil. The free market is the most empowering of all economic systems. It knows no race, creed, religion or color.

Yet the Statist can not tolerate the free market, for it defies his control.

It resists his abilities to regulate, dictate and oversee. Thus is born "crony capitalism".

In this instance, elements of the pharmaceutical industry, who are crawling into bed with the Obama administration, enrich themselves at the expense of the American taxpayer.

A memo obtained by the Huffington Post confirms that the White House and the pharmaceutical lobby secretly agreed to precisely the sort of wide-ranging deal that both parties have been denying over the past week.

The memo, which according to a knowledgeable health care lobbyist was prepared by a person directly involved in the negotiations, lists exactly what the White House gave up, and what it got in return.


It says the White House agreed to oppose any congressional efforts to use the government's leverage to bargain for lower drug prices or import drugs from Canada -- and also agreed not to pursue Medicare rebates or shift some drugs from Medicare Part B to Medicare Part D, which would cost Big Pharma billions in reduced reimbursements.

In exchange, the Pharmaceutical Researchers and Manufacturers Association (PhRMA) agreed to cut $80 billion in projected costs to taxpayers and senior citizens over ten years. Or, as the memo says: "Commitment of up to $80 billion, but not more than $80 billion."

Representatives from both the White House and PhRMA, shown the outline, adamantly denied that it reflected reality. PhRMA senior vice president Ken Johnson said that the outline "is simply not accurate." "This memo isn't accurate and does not reflect the agreement with the drug companies," said White House spokesman Reid Cherlin.

That, my friends, is crony capitalism at its finest.

Crony capitalism is antithetical to the free market -- it is the Democrat Party distorting, twisting, perverting industries to advance its Statist agenda. Like Fannie Mae, Freddie Mac and the "War on Poverty", the Democrat agenda is always control.

As if you needed more proof.

Somewhere, a skull is burning.