10   According to the Congressional Budget Office, under the House bill, in the year 2015 about 8 million uninsured Americans would remain uninsured and pay higher taxes. This would violate my pledge not to raise taxes on anyone earning less than $250,000 per year. Conclusion: The CBO is lying. 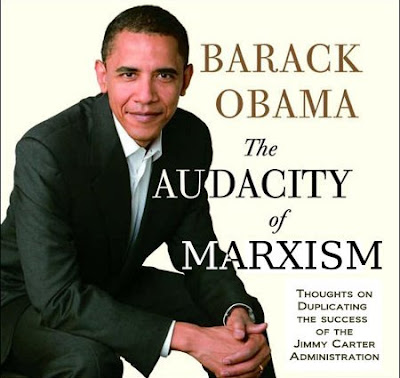 9   The CBO says that the House bill would increase the budget deficit by $239 B over the next ten years. This conflicts with my goal of not increasing short-term deficits. Conclusion: The CBO is lying.

8   The CBO also says that under the House bill, about 3 million people who now have employer-sponsored health insurance would lose that coverage because their employer drops it, violating my bold promise that no one will lose the health plan they have now. Conclusion: The CBO is lying.

7   I have repeatedly assured the public that under the proposed health care reforms there will be no "rationing," and that everyone will continue to receive the best available treatment options. Yet my previous statements and some of my top health care policy advisers have questioned the "sustainability" of expensive major medical procedures for the elderly or the terminally ill. Conclusion: My old self and my advisers were lying.

6   The CBO states that the House bill would increase long-term budget deficits by ever-increasing amounts, making our long-term debt problem even worse than it is today. This of course conflicts with my contention that “health care reform is entitlement reform,” and that health care reform is the lynchpin of spending within our means. Conclusion: The CBO is lying.

5   I recently stated that it is “outlandish” to suggest that I favor providing government-run healthcare for the tens of millions of illegal immigrants currently in the US. However, I also said I want healthcare reform done this year, and a pathway to citizenship for illegal immigrants passed in 2010. Conclusion: I'm lying, but I forget which time it was.

4   The office of Senator Robert Menendez and La Raza have asserted that illegal immigrants care more about health care reform than 'amnesty'; that "the useless barriers of citizenship would not be in this bill"; and that "If the American people find out that this bill is about giving health care to non-citizens, they will rise up against it." Conclusion: Menendez' office and La Raza are both lying.

3   The President’s Medicare Commission proposal would probably save about $2 billion over ten years, and a significant concern that it would save no money at all. Conclusion: The CBO is lying.

1   During the campaign, I promised a series of open and honest health care reform debates to be broadcast on CSPAN. I committed that health care reform debates would never be held behind closed doors; that the details would be openly discussed; and that public access to the debate process would ensure that special interests could not influence reform bills. At that time, I believed the American people deserved to know exactly what was to be included in any health care reform legislation voted on by Congress. Conclusion: I was lying then, but I promise that I am telling the truth now.

I demand that anyone responsible for these lies be held to account!


Based upon: "Correcting misinformation about ObamaCare". Linked by: I Own the World., Cold Fury, Double Plus Undead, The Astute Bloggers. Thanks!
at 9:33 PM
Email ThisBlogThis!Share to TwitterShare to FacebookShare to Pinterest
Labels: Crime, Democrats, Economy, Healthcare, Obama