Why are Democrats blocking release of Countrywide's records that document the origin of the mortgage crisis?


To its credit, CBS News reported this weekend that a variety of D.C. power players received sweetheart mortgage deals during the heyday of the real estate bubble. The main corporate player was Angelo Mozilo, CEO of Countrywide Financial, who curried favor with politicians, agency bureaucrats and regulators with 'special' loans.

True to form, however, CBS waits until the last paragraph of the story to unleash this bombshell:

"Democrats are blocking a Republican effort to subpoena Countrywide documents." 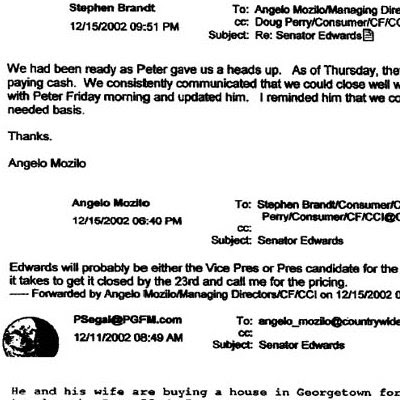 Why would Democrats obstruct discovery of these records? 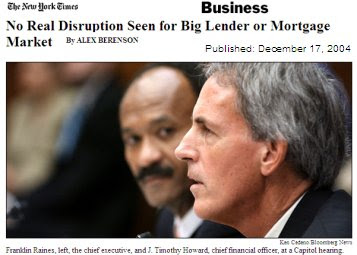 Consider what we know so far. Among the recipients of sweetheart loans were then-Fannie Mae CEO Franklin Raines, former Fannie CEO James Johnson (an advisor to President Obama, according to CBS) and Minyon Moore, a former COO of the Democrat National Committee. All served in the Clinton administration.

How did Fannie Mae relate to Countrywide? CBS explains that Fannie "bought billions in toxic Countrywide loans that defaulted at taxpayer expense."

Raines was finally forced out of Fannie in 2004 over allegations of a $10 billion accounting fraud. Although he claimed innocence, he finally agreed to settle the suit with the government in 2008 and said he would pay back a "few million of the [approximately] $50 million... he [allegedly] obtained illegally."

Put simply, Democrats used Fannie Mae like their own personal piggy bank, leveraging holdovers from the Clinton administration and other sympathetic officials. And what were Republicans and indpendent officials doing at the time? Trying to sound the alarm. 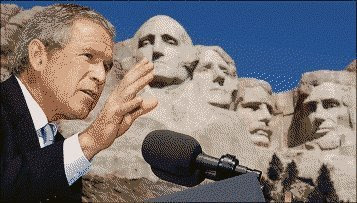 For example: in 2003, the Bush administration tried to rein in Fannie's top managers, all of whom were ex-Clinton staffers.

And why did the Bush administration fail at reforming Fannie Mae ?

On a straight party-line votes in committee after committee, Democrats procedurally stonewalled any increased oversight of the GSEs.

And Republicans weren't the only ones anxious to address the problems. Officials at the Federal Reserve publicly expressed their concerns as well. 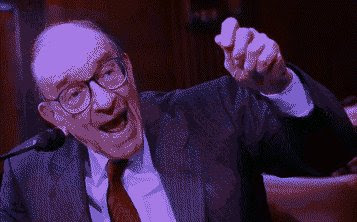 In February 2004, Alan Greenspan warned that, unless reined in, Fannie and Fredde could cost taxpayers dearly. At the time, Greenspan stated that Fannie and Freddie "have grown so rapidly and accumulated so much debt that they cannot adequately hedge against the risks of financial crises." The Fed chairman said both entities, which then held about $2 trillion worth of obligations tied to home mortgages, had grown much faster than their competitors because investors believed the federal government would simply bail them out in a crisis.

Why are Democrats blocking the release of Countrywide's records?

The answer is obvious. The close ties between Countrywide and the Clinton-controlled GSEs, the Fannie Mae accounting scandals, the failure to properly oversee and regulate the GSEs, all of the major blunders and criminality that led to the financial crisis have Democrat cronies laced throughout.

The blood of the economy is on Democrat hands.

It's time for the truth: call a Democrat representative near you and demand a full release of the Countrywide records. The American people demand it.


Linked by: The Anchoress, Ed Morrissey, Memeorandum, PrairiePundit and Provocateur. Thanks!

at 9:09 AM
Email ThisBlogThis!Share to TwitterShare to FacebookShare to Pinterest
Labels: Crime, Democrats, Economy, Obama