BREXIT: Just What the Doctor Ordered

Janet Yellen should send a note of congratulations to Nigel Farage and Boris Johnson, the British politicians most responsible for pushing the Brexit campaign to a successful conclusion. While she’s at it she should also send them some fruit baskets, flowers, Christmas cards, and a heartfelt “thank you.“ That’s because the successful Brexit vote, and the uncertainty and volatility it has introduced into the global markets, will provide the Federal Reserve with all the cover it could possibly want to hold off on rate increases in the United States without having to make the painful admission that domestic economic weakness remains the primary reason that it will continue to leave rates near zero.

For months the corner that the Fed has painted itself into has gotten smaller and smaller. It continues to say that rate hikes will be appropriate if the data suggests the economy is strong. Then its representatives continually cite (arguably bogus) statistics that suggest a strengthening economy, which cause many to speculate that rate hikes are indeed on the horizon. But then at the last minute the Fed conjures a temporary reason why it can’t raise rates “right now,” but stresses that they remain committed to doing so in the near future. But each time they conduct this pantomime, they lose credibility. Sadly, Fed officials are discovering that their supply of credibility is not infinite, even among those who would like to cut them a great deal of slack. 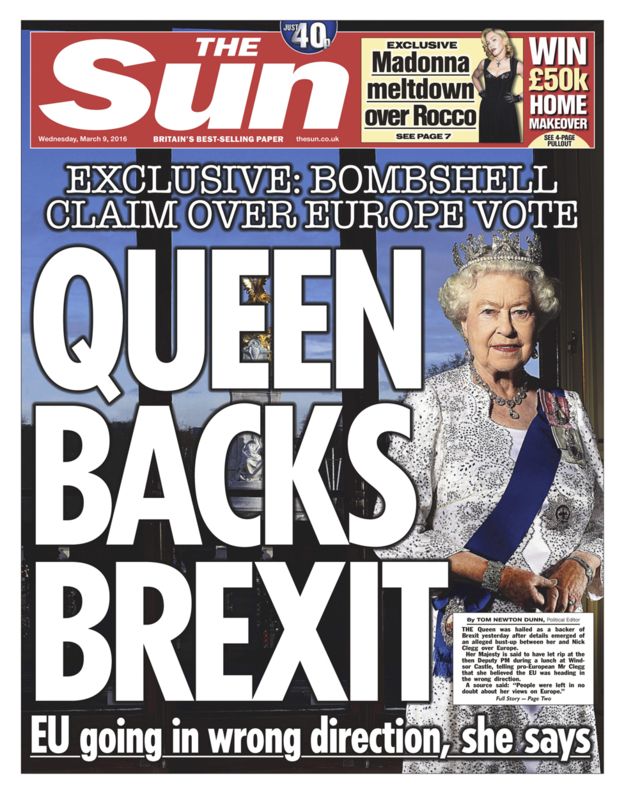 But the Brexit vote saves them from all this unpleasantness. Now when critics question the Fed’s unwillingness to deliver on the suggested rate hikes, given what they believe to be a strong economy, all the Fed needs to do is point to the “uncertainty” that will be in play now that the world’s fifth largest economy is disengaging from the European Union. And since this process is bound to be long, messy, and fraught with uncertainties (as there is no precedent for a country leaving the EU), this will be a handy excuse that the Fed will be able to rely on for years.

Brexit could also place severe strains and uncertainties on the global currency markets. The fear of financial losses could encourage investors to seek safe haven assets like gold and, at least for now, the U.S. dollar. Given that there is already much concern that the dollar is valued too highly against most currencies, and that this has created imbalances in the global economy, any surge in the dollar that results from Brexit may have to be fought by the Federal Reserve through lower interest rates and quantitative easing. This would rule out the potentially dollar-strengthening interest rate hikes that they supposedly planned on delivering. So as far as Janet Yellen is concerned, the British have given her the gift that keeps on giving.

On another level, the vote in the UK illustrates the fundamental inefficacy of the monetary and financial policies that have been implemented by the world’s dominant central banks and central bureaucracies. For years, global elites have been telling us that deficit spending, government regulation, and central bank stimulus is the best way to cure the global economy in the wake of the 2008 Financial Crisis. To prove these points, elite economists associated with the government, academia, and the financial sector have pointed to all kinds of metrics to show how their policies have been successful. But the man on the street perceives a very different reality. They know that their living standards have fallen, their cost of living has risen, and that their job prospects have deteriorated. They see a loss in confidence and economic stagnation when they are being assured the opposite.

This disconnect has fueled anti-establishment sentiment on both sides of the Atlantic. In the United States, it has given rise to the insurgent candidacies of both Donald Trump and Bernie Sanders. The unexpected successes of both reflect a deep distrust of the establishment. Such discontent would not be in play if the positive stories being told by the elites had made any resonance with rank and file voters.

The same holds true with the unexpected strength of the anti-EU voters in Britain. The “Remain” camp had the support of virtually all the elite members of the major UK political parties, the media, and the cultural world.  In addition, foreign leaders, including President Obama in a state trip to England, harangued British voters with warnings of economic catastrophe if the British were to make the grave error of defying the advice of their “best” economists.

Given all this, poll numbers that suggested the vote could be close had been dismissed. The elites, as evidenced by recent drifts in currency and financial markets, had all but assumed that British voters would fall into line and vote to remain. Instead, the people revolted. After having been misled for so many years by the very elites who urged them to remain, the rank and file finally asserted themselves and voted with their feet.

British voters may not know what they will get with an independent Britain, but they knew that something was rotten, not just in Denmark, but all over the European Union. The same holds true in the United States. Until our leaders can paint more realistic pictures of where we are and where we are going, we should expect more “surprises” like the one we got yesterday.