Aha!  Someone is finally actually taking up the debate you actually  to have.

I teach the Constitution for a living. I revere the document when it is used to further social justice and make our country a more inclusive one. I admire the Founders for establishing a representative democracy that has survived for over two centuries.

In other words, it is to be revered.  When it does not it is to be reviled.  Well, so be it -- at least this douche declares his intent up front in the first paragraph.

But sometimes we just have to acknowledge that the Founders and the Constitution are wrong. This is one of those times. We need to say loud and clear: The Second Amendment must be repealed.

Good.  Unlike all the jackwads who have talked about "gun control" (and managed to pass over 50,000 laws), this one wants to talk about the  means by which one can infringe the Second Amendment -- simply write it out of the Constitution itself!

However, in the process of attempting to make his argument he lies -- repeatedly.  Let's go through the lies, because

Sure, the Founders knew that the world evolved and that technology changed, but the weapons of today that are easily accessible are vastly different than anything that existed in 1791. When the Second Amendment was written, the Founders didn't have to weigh the risks of one man killing 49 and injuring 53 all by himself. Now we do, and the risk-benefit analysis of 1791 is flatly irrelevant to the risk-benefit analysis of today. 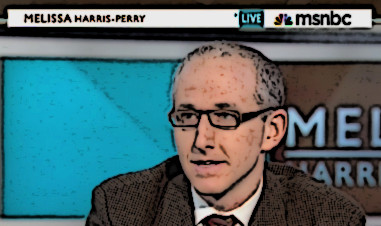 Well, don't tell that,   Or, for that matter, anyone who owned a back then, which were a crude form of shotgun that was often loaded (as were cannon) with -- named for it's rough shape and size.  was the preferred anti-personnel load because like a shotgun it spread out and covered a lot of people, and in a cannon each piece wasn't much different in size than a musket ball.

Incidentally, also didn't have weapons that murdered millions with one button push, nor "remote weapons" that could be fired without personal risk.  Today we have both,

We have spent close to  under the premise in this world that one party has really horrible weapons because the risk of retaliation is too high You can disagree with the premise but not the result; 70 years hence they have  been used.

The burden of proof is on those who claim that such a policy and capability is ineffective; the overwhelming evidence is that it is.  That's one reason that I have repeatedly advocated that the United States declare as formal policy that  a weapon of mass destruction is used on our territory by Muslim Nutjobs rendering  impassible to humans for 1,000 years.  Since these nutjobs believe that you  go to heaven without having made said pilgrimage in your lifetime

Second, at a more-micro level, are where the  onerous gun laws exist.  Chicago is just one big fat example; the entire  of Illinois requires a registration with the State Police for purchase of a gun or ammunition and the bearing of an FOID card, and until recently (when the Supreme Court struck said law as unconstitutional) Yet the gang-bangers don't seem to care about such things; they buy, own and guns and ammunition all the time, every one of them illegally.  Unfortunately since those guns are illegal to own and possess so their use tends to be inaccurate and thus they often shoot someone other than their intended victim Gangbangers and their violence are horrible, but what's even more-horrible is when they wind up shooting a 3 year old accidentally

Third, again at a more-micro level, It appears that "MAD" works on both a macro, international level  at a micro level, in that thugs actually consider the possibility that they may wind up with a bunch of extra holes in their body in unpleasant places if they attempt their crimes.  and choose either non-violent, non-personal criminal acts or no crime at all.

In point of fact in Chicago (as of 6/15) this year there have been  people shot and  killed, or Orlando.  Chicago remains a place where it is basically for a citizen to lawfully own and possess a firearm for self-defense, and the gang-bangers know it.

But liberty is not a one way street. It also includes the liberty to enjoy a night out with friends, loving who you want to love, dancing how you want to dance, in a club that has historically provided a refuge from the hate and fear that surrounds you. It also includes the liberty to go to and send your kids to kindergarten and first grade so that they can begin to be infused with a love of learning. It includes the liberty to go to a movie, to your religious house of worship, to college, to work, to an abortion clinic, go to a hair salon, to a community center, to the supermarket, to go anywhere and feel that you are free to do to so without having to weigh the risk of being gunned down by someone wielding a weapon that can easily kill you and countless others.

That's certainly true.  But before you repeal the Second Amendment you must first show that doing so will someone who wants to kill you from doing it -- and not just with a gun either, the risk that you will fall victim to said violence.

Of course there's that wee problem; history says that the Unicorn-fart utopia this "professor" believes in doesn't exist.  In France, for example, a bunch of Islamic Nutjobs shot up a theater and killed a lot of people -- France not only has no Second Amendment Yet these Muslim Whackjobs had no trouble managing to obtain and use both the weapons their ammunition.  I remind you that there are  EU nations with a strong Second Amendment-like part of their governing documents, which means that the common statement that places such as Chicago have a lot of gun violence "because other states that are nearby have loose restrictions" is a flat-out lie.

What France showed us, and what Orlando showed us, is that You either have the ability to help yourself or you die.  And that leads to the next point:

Just think of what would have happened in the Orlando night-club Saturday night if there had been many others armed. In a crowded, dark, loud dance club, after the shooter began firing, imagine if others took out their guns and started firing back. Yes, maybe they would have killed the shooter, but how would anyone else have known what exactly was going on? How would it not have devolved into mass confusion and fear followed by a large-scale shootout without anyone knowing who was the good guy with a gun, who was the bad guy with a gun, and who was just caught in the middle? The death toll could have been much higher if more people were armed.

Oh really?  It appears that of the people who were in that building were either shot or killed.  The terrorist expended over  rounds unanswered (there was off-duty cop who tried to engage the shooter  but failed)

Rather than storm the building which incidentally was the lesson that Columbine supposedly taught, literally taking his sweet time to execute the wounded!

Further let me remind you that Florida Statutes, 790.06 the carrying of a concealed weapon into any place where the primary sale is the licensed dispensation of alcoholic beverages for immediate consumption -- such as .  That law is unconstitutional as "" is not followed by "

Next, I'd like to direct this blowhard professor's attention to Oklahoma City, where a man with a  made out of common materials (fertilizer and diesel fuel) blew up a building and killed than in Orlando (168, to be exact, not including himself as he didn't blow himself up in the explosion); in addition he injured something like 600 more people.

Finally, please list all the mass-shootings and where they have taken place.  I would like you to separate them into two groups; places that are "gun free" zones such as schools, bars, movie theaters, military bases (except at the gatehouses) and similar, , such as police stations, courtrooms and the like.

Hey, I'll feel a lot better when we disregard the 1st Amendment to make you STFU.

Wow, Hitler is reading your posts!