The mainstream media are desperate to distract from the facts of the Orlando shootings, choosing instead to blame Republicans and conservatives for the deaths of 49 individuals at a gay bar called Pulse. In reality, the attacks were perpetrated by an American-born Islamic jihadist who pledged allegiance to the Islamic State during the attack, and had in the past “boasted of ties to the terrorist groups Hezbollah and Al Qaeda.”

Instead of discussing the ramifications of terror worldwide and in our midst, the liberal media have reignited their quest for new gun control legislation and have sought to blame this attack on Republicans in general, and presumptive Republican candidate Donald Trump in particular.

Omar Mateen’s “bullets and the blood he left behind that early morning were a reminder that in many corners of the country, gay and transgender people are still regarded as sinners and second-class citizens who should be scorned,” wrote The New York Times editorial board in a scathing piece aimed squarely at Republicans. They write that the “precise motivation for [Mateen’s] rampage remains unclear.” 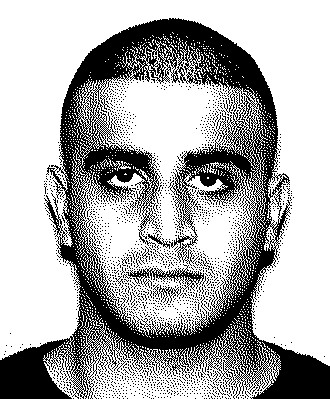 “So far this year, more than 200 anti-L.G.B.T. bills have been introduced in 34 states,” writes the Times editorial board, focusing on the politics of Trump and Senate Majority Leader Mitch McConnell (R-KY). “The 49 people killed in Orlando were victims of a terrorist attack. But they also need to be remembered as casualties of a society where hate has deep roots.”

As Bernard Goldberg notes, this editorial is completely ridiculous. “If the killer were Christian the Times would have connected the dots and concluded he was driven by his religion,” he writes. Yet the Times failed to mention Islam or ISIS when discussing an Islam-inspired attack on U.S. soil.

“So, he [Mateen] was a gay Muslim Democrat,” notes Jim Treacher for The Daily Caller. “He hit the trifecta of victimhood.” Mateen belonged to too many minority groups, so many that liberals claim at all costs that he cannot be blamed for his own actions. “That means it has to be the gun’s fault, and the NRA’s fault, and the GOP’s fault, and Christians’ fault, and white people’s fault,” writes Treacher.

The Times editorial is not a reflection of the paper’s denial of jihadist terror. Rather, it is a deliberate attempt to deflect blame from the very ideology that repeatedly spawns this sort of activity, and the Times has to know that.

From Nidal Hasan, to the Boston Bombers, the Underwear bomber, the San Bernardino shooting, and now Orlando, the perpetrators of these attacks have drunk from the same poisonous well of sharia-compliant jihadist ideology demanding death to the infidels. Many warnings were ignored or overlooked in these cases. It doesn’t matter whether these were lone wolf terrorists or ISIS-inspired: all of these attacks were carried out in the name of Islam. Obviously, the overwhelming majority of Muslims would never consider committing such an act, and are opposed to such actions.

But it is ludicrous to claim that these attacks have little or nothing to do with Islam, or come from a bastardization of that faith. After all, Islamic State leader Abu Bakr al-Baghdadi has a Ph.D. in Koranic studies from Iraq’s Saddam University for Islamic Studies. These attacks clearly originated from a jihadist interpretation of Islam.

The media should be asking how the Obama administration, once again, has failed to protect Americans from another Islamic attack. According to the Daily Beast, Mateen was placed on two FBI watch lists, but the FBI’s 10-month investigation into his activities was closed after no terror ties or plans were discovered. In fact, Mateen was the subject of three different FBI investigations from 2013 to 2015, and they always came up empty.

Clarice Feldman, writing for American Thinker, pointed out that “Internal operating instructions of the FBI limited the amount of time they could keep watch on him and both the local and federal authorities were paralyzed by fear of being dubbed Islamophobic. So chilling accounts by his fellow workers were discounted as the result of prejudice, and a report by a local gun shop that he’d tried without success to purchase ‘body armor and bulk ammunition from the store’ was ignored.”

Also, the security company, G4S, that Mateen worked for from 2007 until the night of his terrorist rampage, should be called before Congress for its actions regarding how it handled concerns about his fitness for the job as an armed security guard. G4S is a British-based company that has contracts with the U.S. government to guard airports, most of our nuclear facilities, and to transport illegal aliens to sanctuary cities and other locations, once they have crossed over into the U.S.

According to NBC News, FBI Director James Comey said that “colleagues said Mateen claimed to have family connections to terror groups al Qaeda and Hezbollah, and that he hoped law enforcement would raid his home ‘so he could martyr himself.’” Yet as a result, his employer simply moved him to a less sensitive job. They didn’t take away his company-issued service weapon, a .38 handgun, nor did they fire him. In fact, while the company filed a psych evaluation form with the State of Florida to pass Mateen for firearm clearance, the doctor whose name was on the form says he was never evaluated, certainly not by her. The company now claims it was done by a different, unnamed doctor.

President Obama’s lack of passion over the victims was striking when he first discussed the attack. But when he was criticized by Trump, Obama became passionate and angry, and explained why using the term “radical Islam” was nothing but a talking point—which is why he doesn’t use it.

“So there is no magic to the phrase of radical Islam. It is a political talking point. It is not a strategy,” said Obama. “And the reason I am careful about how I describe this threat has nothing to do with political correctness and everything to do with actually defeating extremism.”

However, as National Review’s Andy McCarthy writes, the point of using the term “radical Islam” is not to convince or deter Islamic radicals—it is to understand our own mindset and identify “whether we understand what we are fighting.”

“Sharia supremacists have their own civilization and cultural norms by which they judge themselves,” argues McCarthy. “They couldn’t care less what we think.”

Al-Baghdadi is convincing to Muslims around the globe because he understands the Koran and preaches an ideology derived from the Muslim faith. Yet the Obama administration has worked to cleanse the FBI counter-terrorism analytic lexicon of words such as “Muslim, Islam, Muslim Brotherhood, Hamas, and sharia.”

Obama administration officials continue to blindly ignore the ongoing threat of jihadists. “One month after the San Bernardino terrorist attack that left 14 innocent people dead, Department of Homeland Security Secretary Jeh Johnson told advisors that right wing extremists pose just as much of a threat to the country as Islamic extremists.”

Political correctness, whether by the media or by administration officials, is not going to protect American citizens from future terrorists. Both the NRA and the ACLU believe further reforms to the terrorist watch list, such as a way to redress inclusion on the list, are still necessary. But the discussion about gun rights—and using the list to prevent potential terrorists from accessing guns—is a distraction from the greater threat of Islamic terror.

Future terrorists will find a way to access guns regardless of the law. The Obama administration is well on its way to issuing green cards to over one million immigrants from majority-Muslim countries before he leaves office. Is anyone confident in the vetting process for all of these people? If the Obama administration and the complicit media continue to deny the real cause of terror, many more Americans will fall victim to terrorists like Omar Mateen.