And what are Democrat-run states? They’re the ones with the most gun restrictions.

Blue states have 42 percent more mass shootings than red states after adjusting for population, according to data published by Vox, a progressive media outlet, and examined by The Daily Caller News Foundation.

Vox published its data after the Orlando terror attack last Sunday, and it suggests that blue states, which tend to have extremely strict gun laws, are ironically much more likely to have mass shootings than red states with less strict gun laws.

This all means that mass shootings are “42 percent more likely to occur in a blue state after accounting for population differences.”

The deep blue areas of Washington, D.C. and Maryland led the nation with 2.38 and .998 mass shootings per 100,000 people. Illinois, Delaware, Michigan Rhode Island, and California were relatively close behind and had more mass shootings than the blue state average, according to Vox’s data.

All of them have massive gun restrictions. In fact, California is a gun grabber’s wet dream of gun restrictions, featuring almost the entire wish-list of gun grabbers. Oh, and it wants to implement even more restrictions on law abiding citizens. The only thing missing is banning all personally owned firearms. Except for certain people, such as celebrities and politicians, maybe some union heads. Liberals love their exclusions. 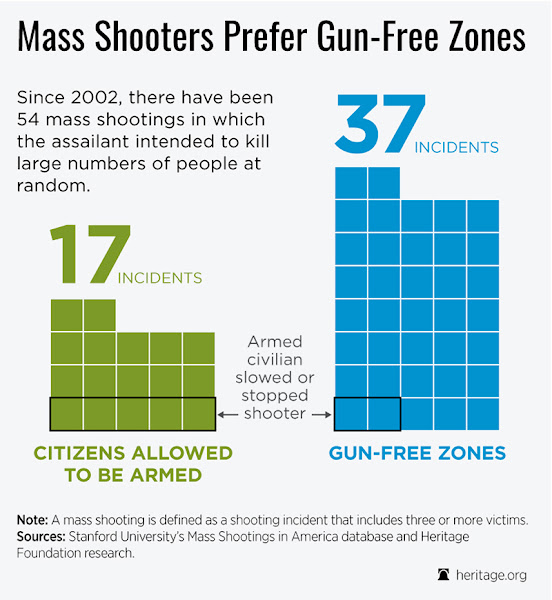 Of course, Liberals will have their excuses

The typical liberal explanation for this is that mass shooters go to red states to buy guns, which they use in blue states. Even progressive Politifact finds these claims “misleading for a varied number of reasons.” This also ignores the fact that there are already roughly 360 million firearms in America, or more guns than people.

It also avoids the pesky notion that, even if the shooters were going to red states to buy guns, the people in Blue states seem pretty pumped up to shoot a lot of people.