Why am I not surprised?

Henry Paulson, a Republican who was U.S. Treasury secretary during the 2008 financial meltdown, on Friday called a Donald Trump presidency "unthinkable" and said he will vote for Democrat Hillary Clinton.

Yeah, it's because if Paulson's former firm (Goldman Sachs) got into debt trouble tell them to  instead of bailing them out.

He might  prosecute the firm and the executives for fraud, particularly if (as was the case in the bailout in 08) the firm was calling things they were selling to clients as "good investments" by such descriptive monikers as "vomit" and "dogsqueeze."

"I can't help but think what would have happened if a divisive character such as Trump were president during the 2008 financial crisis, at a time when leadership, compromise and careful analysis were critical," he said. 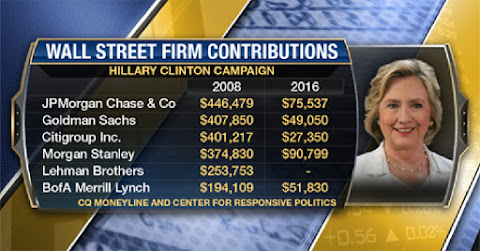 He sure as hell wouldn't have his Treasury Secretary try to ram through a two-page bill that gave him power to blow the taxpayer's money without  check, balance, review or ability to prosecute

But that's exactly what Hank Paulson , and in addition he misled Congress in that his original proposal which was voted on the second time was to buy "toxic assets"

In other words he actively passively misled Congress.

Trump probably wouldn't have allowed that and if the Statute of Limitations had not already run on this conduct (I believe it has) he might even prosecute and jail that rat bastard.