That would fit the NY Times editorial board.

In the United States, nearly one-third of adults, about 76 million people, are either “struggling to get by” or “just getting by,” according to the third annual survey of households by the Federal Reserve Board...

...Over all, the survey depicts an economy in which many Americans face daily hardship, while even the college educated — the presumed winners in the economy — still face big obstacles. 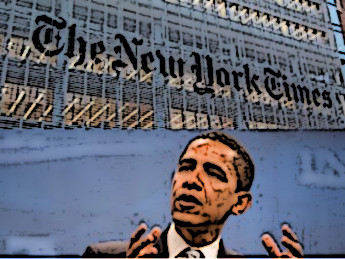 For the last 20+ years hiccup in the economy has been met with "very low" interest rates.  Rates have now been at levels for a period of time approaching

It hasn't worked to lift people out of that malaise, and the reason is obvious:

Those entities are  those with fewer privileges and poorer net positions in life.

In 1920, faced with a massive over-capacity problem (fueled by speculative stupidity over the end of WWI, the return to civilian production and the boys coming home) and a crashing economy The Fed, then 7 years old interest rates into what was an incipient depression

The result?  In 18 months the economy had  recovered (as had employment) .

There is no answer -- ever -- to be found in protecting idiocy, monopoly, exploitation and predatory behavior, all of which riddle our economic landscape today.  The worst examples are found in exploiting those who have the least going on between their ears and thus the least ability to analyze and resist the siren call of "cheap money" --

Thus the two biggest scams of today: never mind being nearly  that the federal government spends along with  in the broader economy.

The NY Times editorial board either does know this or they're too stupid to survive.

Pick one, but don't drink their grape Kool-Aid -- it's laced with cyanide.