With a State Department Inspector General’s report concluding that Hillary Clinton was not, and would not have been, permitted to use a private email server during her tenure as secretary of state, the mainstream media have been forced to finally wake up and take notice of this persistent Clinton scandal. But instead of reporting that the revelations demonstrate how unfit Mrs. Clinton is for president, these news reports largely focus on the claim that it was merely record-keeping policies, or rules, which were broken.

“When two IT staffers raised concerns in 2010 that the system might not properly preserve records, the official said the system had been reviewed by attorneys and chided the staffers ‘never to speak of the Secretary’s personal email system again,’ the report says,” according to The Washington Post. “The IG’s office said it could not find evidence of such a legal review.”

In other words, the IT department was strong-armed into accepting Hillary’s dangerous email setup. 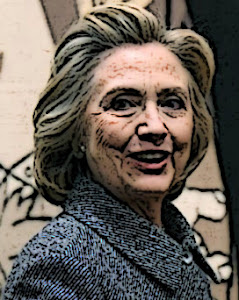 Former federal prosecutor Andrew McCarthy, writing for National Review, points out that Mrs. Clinton’s transgressions were not merely violations against “policies” and “procedures,” as the IG report suggested, but “that these policies and procedures were expressly made pursuant to, and are expressly designed to enforce compliance with, federal law,” something the IG report at least acknowledged. And what were those “serious violations of federal law,” according to McCarthy?

“Mrs. Clinton’s withheld tens of thousands of government records (the e-mails) for nearly two years after she departed the State Department. She failed to return all government-related e-mails upon demand. She destroyed (or at least attempted to destroy) tens of thousands of e-mails without consultation with the State Department. And she did it all malevolently: for the manifest purpose of shielding her communications from the statutory file-keeping and disclosure requirements.”

Fortune magazine has listed a number of Mrs. Clinton’s misstatements, and shown how the IG report has exposed them as such. For example, Mrs. Clinton said: “What I did was allowed. It was allowed by the State Department. The State Department has confirmed that.”—AP interview, September. But what the report said was that there was “‘No evidence’ that Clinton asked for or received approval to conduct official government business on a personal email account run through a private server in her New York home. According to top State Department officials interviewed for the investigation, the departments that oversee security ‘did not — and would not—approve’ her use of a personal account because of security concerns.”

But an even bigger story here goes beyond Mrs. Clinton’s blatant attempts to subvert the Freedom of Information Act, and the fact that she did not archive her emails properly for record-keeping purposes. The bigger story is that this has been a national security scandal, placing classified sources and methods at risk. Mrs. Clinton wrote 104 emails that are considered classified, and sent or received at least 2,000 more emails containing material that was later classified. There were 22 emails that were considered “Top Secret” and too highly classified to be released to the public.

She and her apologists have claimed at various times that nothing was classified at the time she sent or received it and that nothing that passed through her server was marked classified. But it’s the material itself that matters, not the markings, and it was her responsibility to recognize material as classified.

Of course, Mrs. Clinton and her staffers declined to be interviewed for the Inspector General’s investigation, after previously stating that she would fully cooperate. “So what conceivable legal privilege do Clinton, Mills, Sullivan, and Abedin have that would allow them to refuse to answer investigators’ questions?” asks McCarthy in another article for National Review. “Only one: the Fifth Amendment privilege—i.e., the refusal to answer on the grounds that truthful responses might be incriminating.”

“The report is devastating,” writes McCarthy, adding that “although it transparently strains to soften the blow.”

“For example,” he writes, “it concludes that State’s ‘longstanding systemic weaknesses’ in recordkeeping ‘go well beyond the tenure of any one Secretary of State.’” However, Mrs. Clinton’s homebrew server was singular in its ability to breach national security.

Pointing out that there was no Senate-confirmed inspector general during Mrs. Clinton’s four years as secretary of state, Howard Krongard, the State Department IG from 2005 to 2008 under President George W. Bush, told Fox News that “I would have been stunned had I been asked to send an email to her at a personal server, private address. I would have declined to do so on security grounds and if she had sent one to me, I probably would have started an investigation.”

Mrs. Clinton has uttered so many lies that she and her campaign are practically drowning in them, causing even The New York Times to take time to fact check her campaign rhetoric. Yet Mrs. Clinton continues to blame “Republicans and their allies” for damaging her presidential chances. “Thus far, this ‘vast right-wing conspiracy’ has entailed several left-leaning media outlets, the Obama-appointed intelligence community Inspector General, and the Federal Bureau of Investigation,” writes Guy Benson for Townhall.

That FBI investigation could derail Mrs. Clinton’s presidential run if FBI Director James Comey decides to refer the case to the Department of Justice. However, this State Department IG report is having an immediate effect. “This is a bad day for Clinton’s presidential campaign. Period,” wrote Chris Cillizza for the Post on May 25. “For a candidate already struggling to overcome a perception that she is neither honest nor trustworthy, the IG report makes that task significantly harder.”

Clinton’s biggest primary challenge comes not from the right, but from the left, with Senator Bernie Sanders (I-VT) refusing to concede to her. Sanders has said that he will challenge Mrs. Clinton all the way to the Democratic convention. Meanwhile, Democratic National Committee chairwoman Debbie Wasserman Schultz may lose her position because she is perceived as “too divisive a figure to unify the party in 2016,” reports The Hill.

While the Democratic Party is divided, Mrs. Clinton remains the frontrunner and likely presidential nominee. However, it is becoming more and more clear that she has endangered government secrets.

“One of the more shocking parts of this report was the fact that after she thought she was being hacked, she complained to her staffers,” said CNN justice correspondent Evan Perez on Blitzer’s Situation Room on May 25. “In the report, it says their solution was simply to unplug the server.” Mrs. Clinton and her staff failed to report the incident to security officials, Perez said.

This damaging IG report demonstrates that Mrs. Clinton and her staff violated policy, lied about a legal review, and placed national security at risk. It is almost certain that her server was hacked by foreign governments. While mainstream media outlets would prefer to report this as a paperwork or records scandal, Mrs. Clinton’s email scandal remains a national security debacle, and a serious threat to end her dream of moving back into the White House.

Joe Biden, where are you?

So what, nothing ever seems to stick. Why would this be any different? She's untouchable, evidently.

Hillary is good at housecleaning and should be commended for her neatness. Wiping servers, emptying cookie jars, organizing travel, keeping files neatly in the library, saving money by not utilizing the Military, selectively remembering the best parts, standing by her man, and hey, dodging sniper fire to get the job done. What's not to like about this American Woman?