MEET THE "ISLAMOPHOBES": From Bill Maher to Mark Levin

What do talk show host Bill Maher, author and Eagle Forum Founder Phyllis Schlafley and Conservative Review Editor-in-Chief Mark Levin all have in common? They’re all Islamophobes, according to a new report released by the Council on American Islamic Relations (CAIR) on Tuesday.

“Confronting Fear: Islamophobia and its Impact on the U.S. 2013-2015” is a joint project of CAIR and the U.C. Berkeley Center for Race and Gender meant to outline the funding streams for, and cast aspersions on, what it calls “The U.S. Islamophobe Network.” This list boasts 33 “inner core” and 41 “outer core” groups, while offering “a four-point strategy designed to achieve a shared American understanding of Islam in which being Muslim carries a positive connotation.” 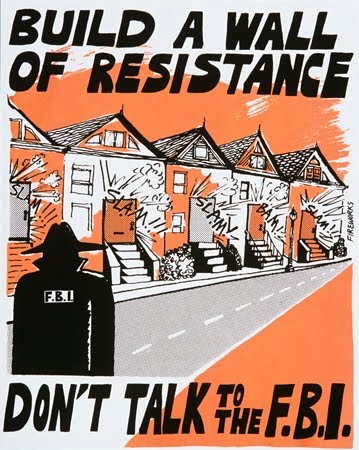 Essentially, it’s a hit job on anyone who has ever dared say anything negative about radical Islam and has ever been willing to speak up against it. Such groups included on CAIR’s Islamophobe list include:

Again, these are some. Not all.

But let’s not forget who’s throwing these labels around here.

We’re talking about CAIR. This is a group affiliated with the Muslim Brotherhood and was an unindicted co-conspirator in the 2007 Holy Land Foundation case, in which the DOJ investigated and prosecuted a conspiracy to direct funding to Hamas. Ironically, or maybe not, this is also the same group that President Obama confers with on his “countering violent extremism” agenda.

The Ku Klux Klan is the oldest of America’s hate groups, and in 1925 the white supremacist group could boast four million members and enormous political influence and popular support. Today, however, their numbers and resources are vastly diminished, their bigoted views are socially and politically marginalized, and they are virtually irrelevant within the national landscape. This progressive erosion of the Klan’s social acceptability serves as a model for CAIR’s strategy toward contemporary Islamophobic groups.

So not only are critics of Jihadism to be labeled Islamophobes en masse, but they should also be delegitimized with the same scrutiny of the Ku Klux Klan.

From a tactical perspective, the move is brilliant. This is the same thing that the social left used to silence and browbeat social conservatives for years on every single issue even remotely related to marriage and the family, and it all began with the Southern Poverty Law Center similarly designating every pro-traditional marriage organization in existence as a “hate group.”

Once that happened, it wasn’t too long before it no longer mattered to many how compelling the argument for conjugal, stable, permanent families was and still is. Now, if you hold the position, you’re labeled a hate-mongering bigot and are not to be trusted.

CAIR’s “network” looks similar in scope. It doesn’t matter that many of the groups listed in this report have clearly made the distinction between peaceful interpretations of Islam that don’t seek to subvert our way of life and Jihadism. They’ve been branded; Saul Alinsky would be proud.

“Let’s nudge ourselves from our Religion of Peace’ slumbers for a moment and consider Muslim Brotherhood ideology,” writes Andrew McCarthy, author of “The Grand Jihad: How Islam and the Left Sabotage America,” in National Review. According to McCarthy, a key memo obtained by the FBI outlines how the Muslim Brotherhood’s “American tentacles,” like CAIR, envision themselves as waging:

[A] kind of grand jihad in eliminating and destroying the Western civilization from within and ‘sabotaging’ its miserable house by their hands and the hands of the believers so that it is eliminated and God’s religion is made victorious over all other religions.

However, the Muslim Brotherhood and its international affiliates aren’t like Al Qaeda (the Jihadist equivalent of Che Guevara) or ISIS (who operate more like Mao Zedong, both analogies courtesy of Dr. Sebastian Gorka). Rather, McCarthy explains, its vision of a “ground-up revolution” is one “in which the use of force plays a part but is just one aspect of a multi-faceted aggression arsenal.”

What’s one way to make this happen? Completely rid yourself of legitimate criticism. And if we’ve learned anything from the marriage debate that culminated in last year’s Obergefell decision, or even recent battles over Religious Freedom laws, the best way to do that is smear, smear, and smear.