The American people have overwhelmingly shown this year they do not find Hillary Clinton to be trustworthy. Two key reasons why Clinton is dogged by distrust are her private email scandal and the shadiness surrounding the Clinton Foundation and its donors. Two breaking stories by the Associated Press only deepen Clinton’s trust deficit. 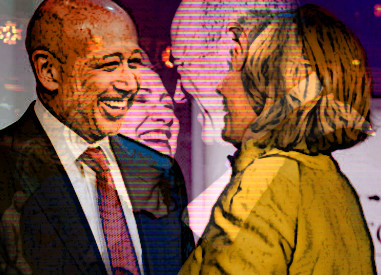 “Former Secretary Hillary Clinton failed to turn over a copy of a key message involving problems caused by her use of a private homebrew email server, the State Department confirmed Thursday. The disclosure makes it unclear what other work-related emails may have been deleted by the presumptive Democratic presidential nominee.”

The second story was just as explosive. It documented that Clinton’s official State Department schedule has been scrubbed of at least 75 meetings Clinton held as Secretary of State with “longtime political donors and loyalists, Clinton Foundation contributors and corporate and other outside interests”:

“The AP review of Clinton’s calendar — her after-the-fact, official chronology of the events of her four-year term — identified at least 75 meetings with longtime political donors and loyalists, Clinton Foundation contributors and corporate and other outside interests that were either not recorded or listed with identifying details scrubbed. The AP found the omissions by comparing the 1,500-page document with separate planning schedules supplied to Clinton by aides in advance of each day’s events. The names of at least 114 outsiders who met with Clinton were missing from her calendar, the records show.”

“At a time when Clinton’s private email system is under scrutiny by an FBI criminal investigation, the calendar omissions reinforce concerns that she sought to eliminate the ‘risk of the personal being accessible’ — as she wrote in an email exchange that she failed to turn over to the government but was subsequently uncovered elsewhere.”

Since Clinton’s email scandal broke it has been overwhelmingly obvious that the reason Clinton used a private server as Secretary of State was to shield less-than-flattering correspondence from the Freedom of Information Act (FOIA) process and, by extension, the American people. These two stories show that even after she was caught, Clinton never provided a full accounting of her work emails to the State Department, and that she spent a significant time as Secretary of State hobnobbing with her cronies and wanted to prevent the country from knowing it. This was a cover-up, plain and simple.