The Boston Globe conducted an investigation review of 323 criminal aliens released in New England from 2008 to 2012 and found that 30% of these criminal aliens went on to commit more crimes, including rape, robbery, and murder, after being released. This is a much higher rate than ICE and the Obama administration have reported.

Pres. Obama has claimed that deporting criminal aliens is a “priority” under his Priority Enforcement Program (PEP), but under this new policy 60% of all criminal aliens were released in 2015 alone according to ICE. PEP prohibits ICE agents from targeting most illegal aliens for removal, unless they commit a “serious” crime or are considered a national security threat.

In February a letter from ICE to Sen. Chuck Grassley (R-Iowa), showed that 130 murders or attempted murders have been committed by released criminal aliens since 2010. 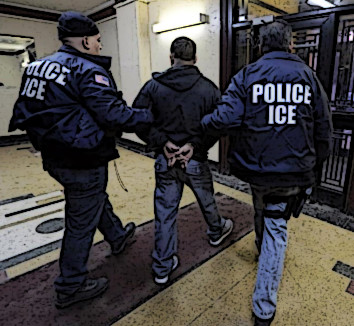 ICE does not collect recidivism data on the criminal aliens they release so the Boston Globe conducted its own investigation. In 2013 The Globe won a lawsuit against the federal government that forced them to release the names of the criminal aliens they set free, names that had been previously kept secret as part of immigration records. ICE is the only law enforcement system in the U.S. to keep such records secret.

The Boston Globe then spent three years researching court records to see how many of the criminal aliens reoffended. Due to the amount of effort and time to conduct the investigation the search was limited to the 323 New England criminal aliens released.

Jessica Vaughan, director of policy studies for the Center for Immigration Studies, believes this rate is probably much higher given the limited access The Globe had to immigrants’ criminal histories.

“This is exactly what the government should be doing to evaluate the impact of its own policy, to make sure that it’s not causing harm,” Vaughan said. “They shouldn’t be doing this blindly without taking the time to evaluate the effects of the policy, the public safety consequences.”

In December 2015 Assistant Homeland Security Secretary, Sarah R. Saldana, testified before Congress that ICE was unable to deport many of the criminal illegal aliens due to court orders or because of a Supreme Court case that limits how long an illegal alien can be detained. If a country refuses to accept the criminal alien back and ICE cannot deport them within six months, then they are forced to release them.

Read more on this report at The Boston Globe.