LETTER TO THE EDITOR: The Best Case for Brexit Yet


The UK Telegraph published quite a few letters, most of which were in favor of Leave, as in, leaving the European Union. This one should have been the lead

SIR – It grieves me that politicians and academic colleagues among the Remainers prefer the arguments of financial gain to the principles of freedom, independence and self-government that so many of our countrymen have cherished for centuries, fought and died for.

These fundamental principles and rights, which are the foundation stones of democracy, cannot be bought or sold. 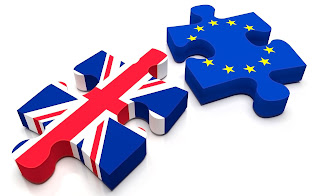 Keeping them should be the first, overriding reason for all who desire to leave the EU. Failure to leave will mean years of dictatorial rule by unelected bureaucrats and a complete loss of our national self-esteem, pride and history, which are condensed into the word sovereignty.

We’ll see what happens once the voting starts in less than 16 hours. This very much is about the principles espoused by Sir Browse versus the Big Government fascistic nature of the Progressive big wigs in the EU.

When the next war comes, and if there is any constant in human history it is war, to what values will the British government appeal in order to motivate people to join the armed forces and fight to preserve Britain?

So, instead of appealing to freedom, family, to protect hearth and home, as previous generations were willing to die for, today who will give their life to protect everyone's stock options or right to use any bathroom they "identify with"? Who will die so three men can marry or so that thousands of third world people can enjoy the country's welfare system and get free health care? Will a young man who lives at home and passes the time playing video games sign up to give his life for anything that is precious to him, like the next release of Windows? Who will give their life for socialism and for the glory of a bloated bureaucracy afar off?

And if there are any who would, what kind of people are they? What kind of policies would they support to be imposed on their fellow citizens?