Multiple choice test for 'progressives': which one is acceptable? 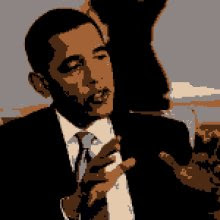 Barack H. Obama, 2009: "There is a lot of disinformation about health insurance reform out there, spanning from control of personal finances to end of life care. These rumors often travel just below the surface via chain emails or through casual conversation. Since we can’t keep track of all of them here at the White House, we’re asking for your help. If you get an email or see something on the web about health insurance reform that seems fishy, send it to flag@whitehouse.gov." 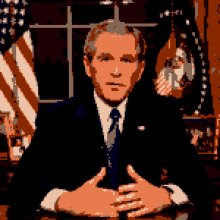 George W. Bush, 2003: "There's lots o' crazy talk 'bout Saddam Hussein... not havin' nucular weapons and such. Them rumors are plumb crazy and sometimes get a little 'out of control' ***heh***, if you know what I mean. If you see or hear any of these misunderestimated lies, I'd urge y'all to do the patriotic thing and report 'em to wmd@whitehouse.gov. I promise I'll have Rummy on it, lickety-split!" 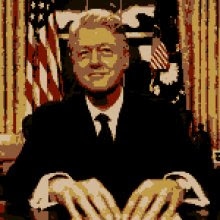 William J. Clinton, 1999: "Ms. Lewinsky, or as I look to call her -- "that crazy b***h" -- claimed I had sexshull relations with her nine separate times! Why, that's just in-sane! That's more times I've done it with Hillary in my life! Seriously! Oops. Did I say that out loud? Well, if y'all hear any of these lies and mistruths, I'm asking you, my beloved Americans, to notify either the authorities or Jim Carville, which ever strikes your fancy." 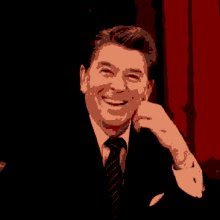 Ronald W. Reagan, 1987: "My fellow Americans, recent articles in the press have disclosed a highly classified program that would provide intelligence on Iran that might have allowed us to undermine the Ayatollah's government. Unfortunately, members of the press leaked this information in order to advance their radical agenda. Kinda sounds like 2004, eh? If you have information that would lead us to the leakers, please send a facsimile copy to the White House and we'll have Mark Levin deal with it." 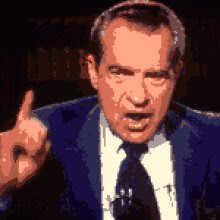 Richard M. Nixon, 1972: "Ladies and gentlemen: I am not a crook! We've all heard many disturbing and untrue rumors regarding a break-in at the Watergate Hotel complex. I would urge you to telephone Chuck Colson or Howard Dean to report any untoward messages. We'll have some plumbers deal with the mess."

Oh -- and I'd be glad to spell it out phonetically if you can't understand the question.

at 9:54 PM
Email ThisBlogThis!Share to TwitterShare to FacebookShare to Pinterest
Labels: Democrats, Obama