On GT-R Register, one unlucky bloke describes the tiny bump that turned into an $18,000, five-week repair. Considering that the affordable super-car known as "The Giant Slayer" stickers for about $75K, that's one heck of a fender-bender surcharge.

I consider myself a fairly competent driver, I can drive reasonably quickly on a circuit, and read the road ahead enough to make good progress on the public highway. But I had an accident, and it was all my own doing.

I had a low speed crash into the back of a white van, it was a badly surfaced road, we were stopped, pulled away.... and the person in front of the van stopped for no reason, causing the van to tap the tow bar of the car in front and me in sympathy to do the same to the van. 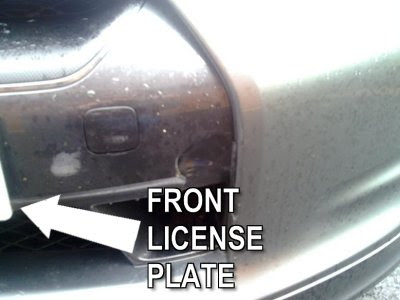 Okay, enough of the excuses, I am posting here to make sure no one makes the same mistake I did. I thought long and hard about posting this, but i think it is important that other GTR owners see this so they aren't stung by a careless accident and the GTR Tax!

I bumped into tho the white vans tow bar causing this small crack in my bumper... 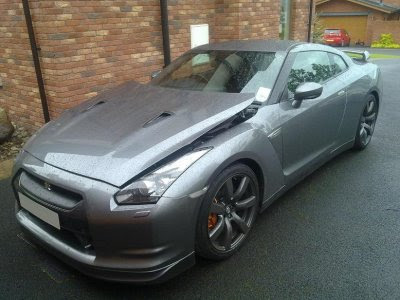 Unfortunately it also set off the Pedestrian Safety System, where the bonnet pops up... 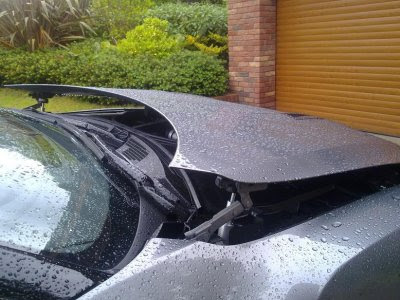 Which is a one use system... You [also] need to replace the bumper, rams, bonnet hinges... and of course the ECU.

at 7:38 PM
Email ThisBlogThis!Share to TwitterShare to FacebookShare to Pinterest
Labels: Autos