Okay, I'm back. Take this headline from The Boston Globo Gym, please:

Pity these nearly bankrupt lard-asses can't bother to surf the inter-tubes like their readers. Some of the comments are priceless.

If this is based on Al Gore's "cooked" data, then there is nothing to worry about.

Get a clue Globo! The global warming thing's a hoax. Doesn't anyone at that rag read the papers?

ClimateGate continues...let me guess, 50% tax on top of previously taxed income to help SAVE THE CITY FROM SINKING!!!

26 Inches in 20 years, uh-huh, ya right, based on what Empirical Data? I highly doubt the ocean has risen 26 Inches since the Pilgrims first landed in MA. More phoney-baloney Leftist Moondbat Pseudo-Science, another typical day for El Globo...

This would be interesting we didn't just learn that climate researchers have been engaged in massive fraud.

Wow- then all those overpriced condos really will be "underwater"!!!

Help us, Obama-wan Kenobi, you are our only hope!

We are not one with Planet.

Funny the Globe has not run a story about the global warming liars who have been caught trying to cover their rears. 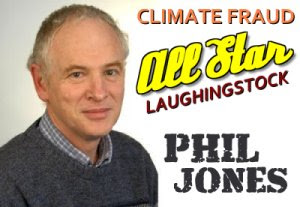 When will the Globe do an article on ClimateGate? A report from the WWF is hardly newsworthy, if not a complete fabrication. The Maldives rising sealevels have turned out to be another hoax.

This just in: Boston also faces a huge threat from bigfoot. I would think that the massive fraud uncovered at the leading climate change think tank would be a higher news priority than this. Not that the news is slanted or anything....

So can someone explain to me what happened to the glacier that covered Boston 19,000 years ago? Was that global warming caused by man? It made a glacier retreat over most of New England and Canada. 26 inches huh? How thick was the ice that covered the same region?

That's why we have boats right? Where is Dennis Quade when you need him?

We have choices to make:
A. We could all move inland.
B. We could build levies like New Orleans has now.
C. We could hire Moses to hold back the water.
D. We could all go back to the stone age, pre-fire.
E. We could forget that we read this article and go back to living normally.
Take your pick!

We need a topo map with the to-be-submerged areas marked for this to be useful information.

Does this mean we don't have to fund the Convention Center expansion?

This is horrible. I'm seeing scientific evidence of this already. I was at the coast in the morning, and by early afternoon the seas had risen quit a bit. But then later that night I saw they had receded. So I don't know what to think. Please Globe, or Al Gore, or some other neutral source of scientific data - tell me what to think.

It goes on and on and on. This really must be a parody. There's no other rational explanation.


Update: P.J. Gladnick catches a similar meme at the Houston Comical ("Climategate: MSM Writers Try to Ignore Scandal But Readers Bring Them Back to Reality").