CFR predicts collapse of the dollar 'well before 2030' and, purely coincidentally, the U.S. Mint halts sales of gold and silver coins


The assault on the U.S. dollar continues apace with two intriguing snippets of news today:

• CFR predicts a dollar collapse 'well before 2030': The Obama administration's attack on the full faith and credit of the currency is succeeding. 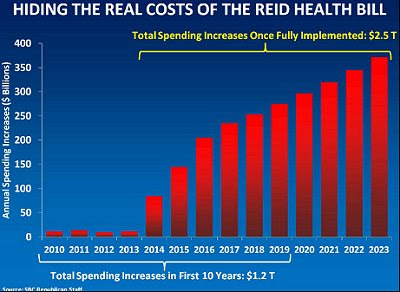 ...increasing U.S. demands on foreign investors would probably become unsustainable and produce a severe drop in the value of the dollar well before 2030, possibly bringing on a hard landing.

• The U.S. Mint halts the sale of its gold coins: Hording, anyone?

The U.S. Mint has suspended sales of most American Eagle coins made from precious metals including gold and silver, citing depleted inventories of the metals after sales surged 88 percent in the first 10 months of this year... Sales of American Eagle gold coins jumped to 1.07 million ounces this year through October, from 568,000 a year earlier, according to the mint's Web site. This month, the mint indicated it sold an additional 124,000 ounces of the coins.

Now that gold has touched an all-time high of $1,193 an ounce -- with banks among the buyers to protect themselves against the hemorrhaging dollar -- I can't help but think of the movie Goldfinger, with George Soros playing the role of Auric Goldfinger.