Obama's support dropping nearly as fast as value of the dollar


Quinnipiac's latest shows the President's approval rating dropping below the 50% benchmark. And I'd wager he's going to break 40% faster than it took him to reach 50.

President Barack Obama's job approval rating is 48 - 42 percent, the first time he has slipped below the 50 percent threshold nationally, according to a Quinnipiac University poll released today.

Of course, with the value of the dollar dropping precipitously on a daily basis, it's truly a race to the bottom. 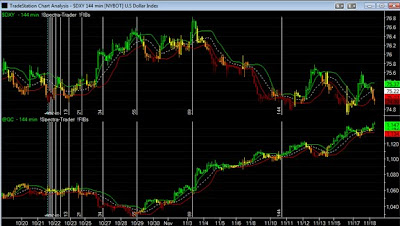 One telltale sign: when even the microscopic island-state of Mauritius tells us to shove our currency -- and instead buys two tons of gold at $1,115 an ounce -- well, that pretty much tells you where both are headed.