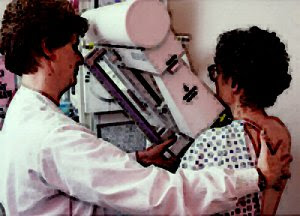 Yesterday the 'U.S. Preventative Services Task Force' issued new guidelines regarding the age at which women should begin having mammograms.

The task force claimed that most women in their forties don't need mammograms and should therefore start the exams beginnng at age 50.

The American Cancer Society and the Susan G. Komen for the Cure organization, however, both reject these new guidelines.

Yet, despite the rampant opposition to the new recommendations by admitted non-experts, more than 1,000 news outlets picked up the story.

If this were the only case of the media reporting pro-rationing tripe, it could be forgiven as an aberration. Put simply, this is only the latest in a long line of similar public relations efforts.

Drugs as good as stents for many heart patients: last year, MSNBC and other news outlets reported that angioplasties were likely overrated, claiming "there's more evidence drugs should be tried first and often are just as effective."

The study was funded by the U.S. Department of Veterans Affairs and other groups.

Study: Pill as good as chemo for some patients, in December of last year, a new study claimed that a "cancer treatment that comes in a pill is as effective as the standard chemotherapy for some lung patients."

Generic hearts drugs are equivalent to brand-name counterparts: late last year, the Department of Health and Human Services announced that generic cardiac drugs were as effective as brand-name heart medications. The study closely followed the release of another study that demonstrated similar practices could be ineffective and unsafe.

All coincidences? I think not.